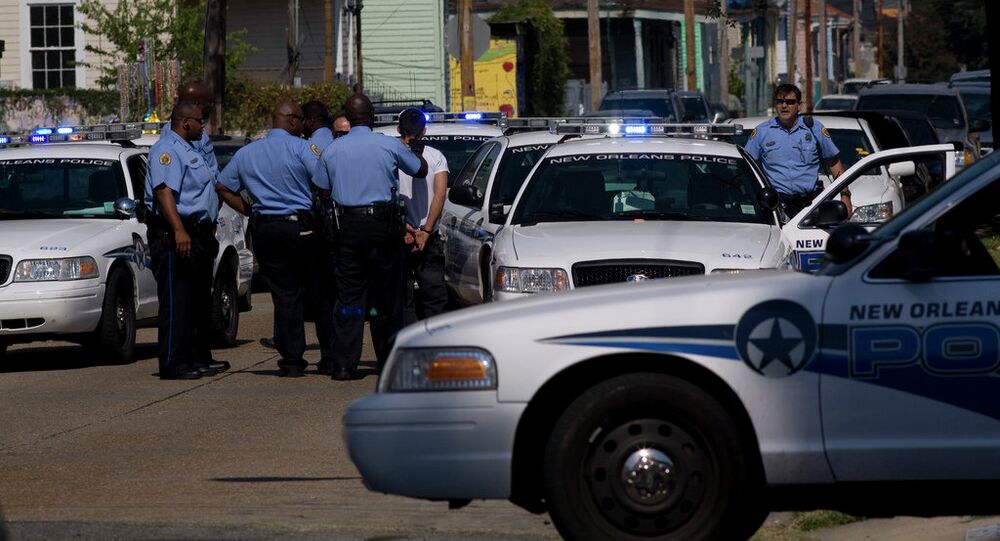 WASHINGTON (Sputnik) — Earlier on Friday, a local resident of Lyon, Yassin Salhi, initiated an explosion by driving a car into a US-owned gas factory warehouse.

“In a situation where small-scale attacks are conducted by unrelated, unaffiliated and often un-trained individuals who can best be categorized as 'lone wolves', attacks are very hard to stop,” University of St. Andrews Lecturer in Terrorism Studies Rashmi Singh said on Friday.

Investigators found a decapitated body and an Islamist flag on the scene of the incident. A man's head was recovered nearby, covered with Arabic inscriptions.

© AP Photo
US Urged to Pressure Tunisia, Kuwait on Human Rights After Terror Attacks
Salhi was the subject of an investigation in 2006 because of ties with radical Islamist groups, according to the French authorities. In 2008, the authorities did not renew the investigation because Salhi did not have a criminal record.

Northeastern University Political Science Professor Max Abrahms argued on Friday that French authorities should not be faulted for the incident.

“[F]or all we know, this person [Salhi] did not do anything after 2008 [to] suggest that he was a terrorism threat,” Abrahms said.

The expert explained acts of terrorism are very easy to inflict, especially when one can solely drive a vehicle into a target.

Tunisia Gov’t to Close 80 Mosques on Suspicion of Inciting Violence
Singh also said even if individuals are at one point identified as potential threats, it can be difficult, if not impossible, to keep them under constant surveillance.

“Furthermore, democratic states must uphold certain values and freedoms — and that includes not unnecessarily keeping the civilian population in a state of constant surveillance,” Singh added.

Abrahms noted that the moths of June and July are particularly risky time periods during which terrorist attacks can take place.

On June 23, 2015, the Islamic State spokesman, Abu Muhammad al-Adnani, called for Muslims to strike against infidels during the holy month of Ramadan, which lasts from June 18 until July 17 this year.

Moreover, the Islamic State will celebrate a one year anniversary since it declared a caliphate on June 29, 2014 on the territories in Syria and Iraq under its control.

“Islamic State is incentivized more than ever to mount operations all over the world in order to demonstrate that [it] maintains the capability to strike even a year after it was created,” Abrahms said.

The June-July timeframe is particularly risky for the United States because the country will celebrate its Independence Day on July 4, which terrorists might find particularly appealing to conduct an assault.

The US Department of Homeland Security said it will modify security measures ahead of the Independence Day celebrations amid Friday’s terrorist attacks.