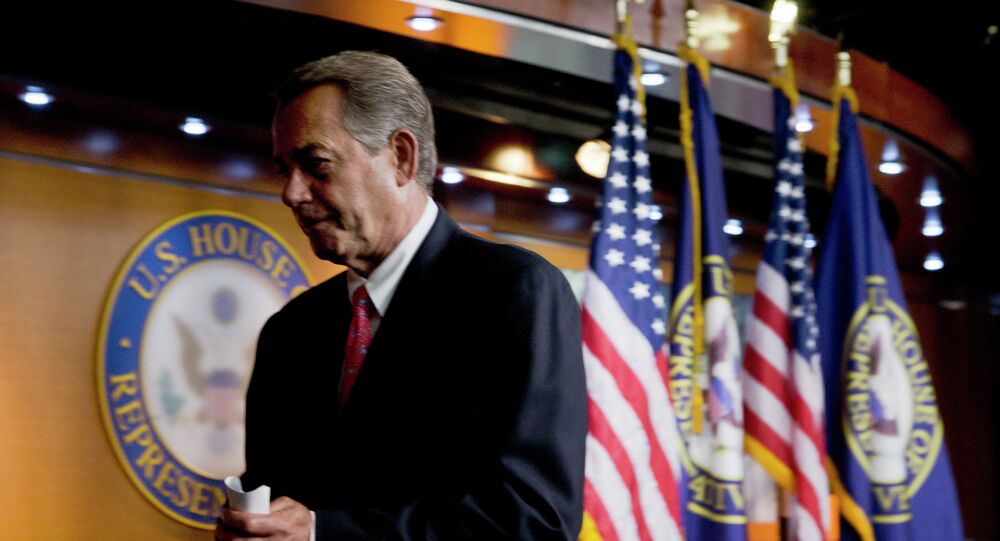 White House
Gay Couples Have Right to Marry Nationwide - US Supreme Court
WASHINGTON (Sputnik) – The US Supreme Court ruling to legalize same-sex marriage is disappointing because it forces states to redefine the institution of family, US House Speaker John Boehner said in a statement on Friday.

“I am…disappointed that the Supreme Court disregarded the democratically-enacted will of millions of Americans by forcing states to redefine the institution of marriage,” Boehner said. “I believe that marriage is a sacred vow between one man and one woman.”

Earlier on Friday, the US Supreme court ruled 5 to 4 that the US constitution gives same-sex couples the right to marry.

Boehner said his views on gay marriage are based on his faith and upbringing.

“I believe Americans should be able to live and work according to their beliefs,” he added.

Boehner noted, however, that all humans are created equal and deserve to be treated “with love, dignity and respect.”

Ahead of the Supreme court’s ruling on Friday, gay marriage was only legal in 37 states and the District of Columbia, although recent polls showed that the majority of US citizens are in favor of gay marriage.