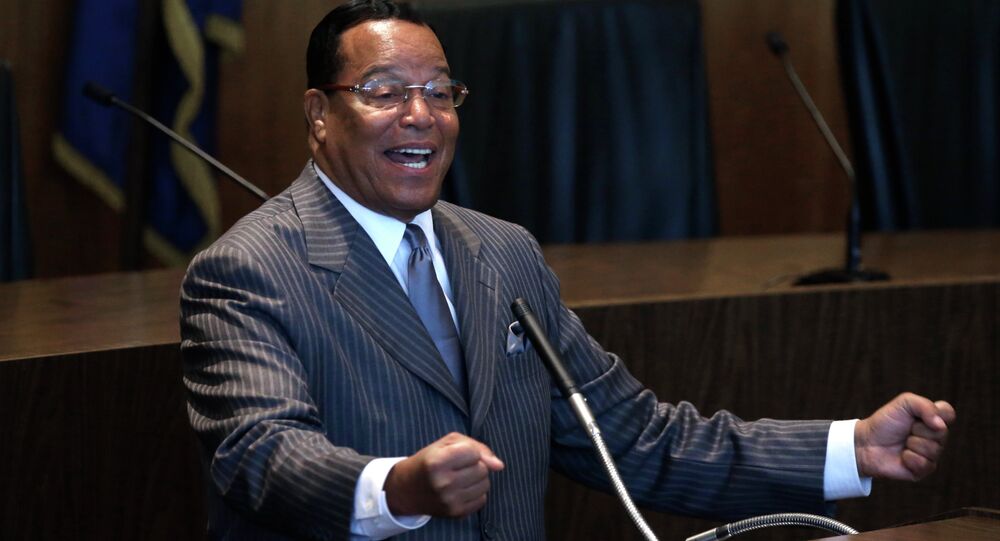 Farrakhan: American Flag Stands for US History of Racial Violence

Nation of Islam leader Louis Farrakhan denounced the American flag as a symbol of racial violence Wednesday as he jumped into the debate over the use of the Confederate flag.

Farrakhan's comments were received with cheers and applause at the Metropolitan AME Church in Washington, DC.

"Who are we fighting today?" asked the 82-year-old minister. "It’s the people that carry the American flag."

Farrakhan also downplayed demonstrations of solidarity across racial lines in the wake of the shootings as mere placation on the part of the white community.

"White folks march with you because they don’t want you upsetting the city, they don’t give a damn about them nine."

Farrakhan was in DC to announce the the Millions for Justice Mobilization event to be held on the National Mall in October, marking the 20th anniversary of the Million Man March.

The comments came a week after nine black members of the Emanuel African Methodist Episcopal Church in South Carolina were gunned down.

Dylann Roof, 21, was arrested for the crime shortly thereafter and appears — from a manifesto on a website registered to his name — to have been an avowed white supremacist. His use of Confederate flag paraphernalia sparked a national debate about racist symbols in American public spaces.

The idea that the American flag itself can be perceived as a symbol of racism and oppression may not be that fringe. The Ron Paul Institute even tweeted out an article on the subject.

Though ultimately comparing the removal of symbols to "the destruction of cultural items in war," the post makes points that Farrakhan would no doubt agree with.

"After all, the American flag is associated with the United States government that sanctioned slavery from the enactment of the US Constitution in 1789 to the addition of the 13th Amendment to the Constitution in December of 1865…The American flag flies now for a government whose drug war and larger law enforcement system is responsible for black Americans being harassed, arrested, and incarcerated in extraordinary numbers. "

Similar comments are echoed frequently on social media as part of the debates over symbols of violent oppression.

Of course, conservative commentators were predicting shortly after the flag conversations started that people would turn on Old Glory soon enough.

On Tuesday, conservative political commentator Rush Limbaugh called the push to remove the Confederate flag from the South Carolina statehouse and elsewhere an "all-out assault on what the left thinks is a last remaining enclave of solid Republican voters, and that is the South."

Limbaugh warned that liberals would want to get rid of the flag because they are afraid that it makes people more conservative. The radio host cited a 2011 study from the University of Chicago that found that one exposure to the image of the American flag skewed people's beliefs, attitudes and voting behavior a bit to the right.