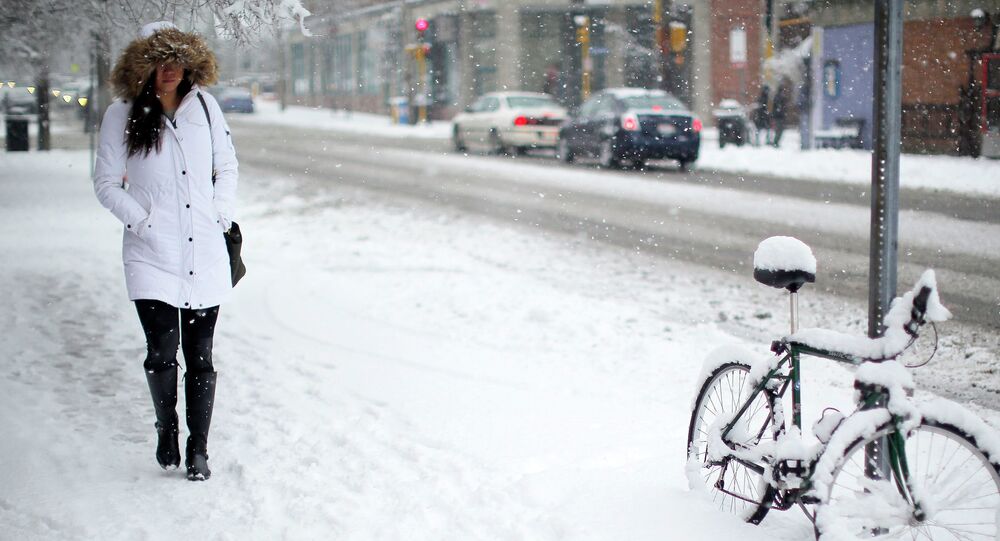 Winter is Coming: Sun Cooling Means Temps in Europe, US to Fall

The sun is expected to enter a weaker cycle in the coming decades, which could partially offset global warming in future winters in northern Europe and the eastern United States, new research suggests.

The sun has been in a period of high activity for the past few decades. But a team of British and American scientists believe there is now a 15-20% chance of a weaker period of activity, known as a grand solar minimum, occurring in the next 40 years, the Guardian reported.

The sun entered a similar weak period from 1645-1715, known as the Maunder minimum, which had little impact on global climate, but was connected to a number of very cold winters in Europe.

The study said any potential weakening in solar activity would again have only a small effect on rising temperatures throughout the rest of the world, delaying climate change from carbon emissions by around two years.

"Even if you do go into Maunder minimum conditions it's not going to combat global warming, the sun's not going to save us," lead author Sarah Ineson, of the Met Office, told the Guardian.

Northern Europe and the eastern United States would experience a much stronger cooling effect than other areas because less ultraviolet solar energy at the top of the stratosphere would cause a chain reaction which would affect the North Atlantic Oscillation (NAO) – a climate phenomenon which plays a key role in influencing winter weather on both sides of the Atlantic.

© AFP 2021 / FILIPPO MONTEFORTE
Pope Francis: We Need New Dialogue About the Future of Our Planet

A changing NAO would also push storms south, bringing more rainfall to southern Europe and slightly lessening the drying trend the region is set to begin because of climate change.

Ineson said her study should give European and US political leaders a reason to call for stronger action on cutting carbon emissions – rather than the opposite – as it did not change the bigger picture on climate change.

"This research shows that the regional impacts of a grand solar minimum are likely to be larger than the global effect, but it's still nowhere near big enough to override the expected global warming trend due to man-made change," said Ineson.