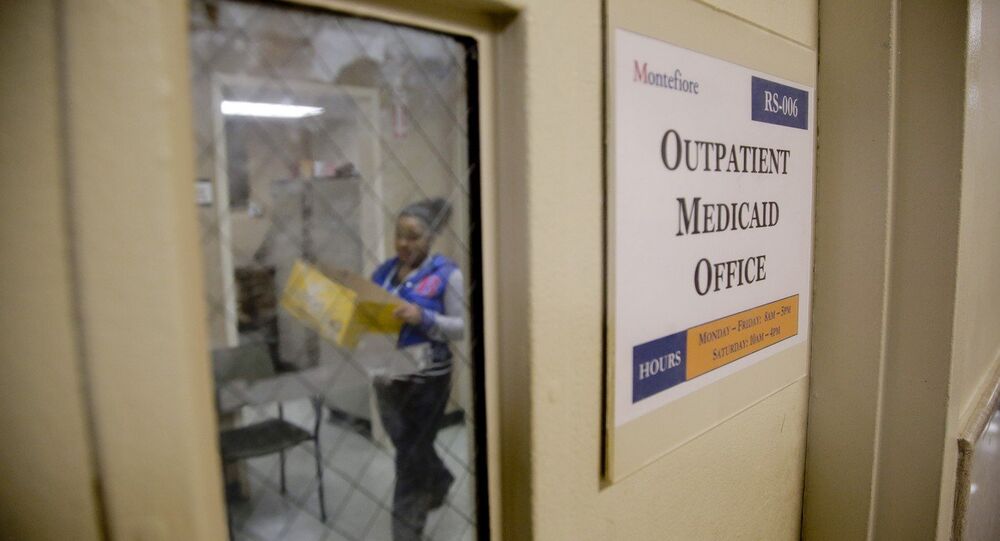 Medicaid has spent more than $35 billion on experimental programs in 13 US states without explaining how they promoted its goals, the Government Accountability Office (GAO) said in a report.

“[The Department of Health and Human Services] HHS allowed five states to spend up to $9.5 billion in Medicaid funds to support over 150 state-operated programs… [and] eight states to spend more than $26 billion,” the GAO stated.

The GAO questioned how the expenditures for the state-operated programs and funding pools would promote Medicaid’s objectives as this was not always clear in HHS’ process for approving the prototype schemes.

© REUTERS / John Sommers II
US Senate Majority Leader Mitch McConnell: 'Obamacare Is a Mess'
In multiple reports issued from 2002 to 2014, the GAO said it repeatedly confirmed that HHS's policy and process for approving state spending limits under demonstrations lacked transparency.

“[A]pproved spending limits for some demonstrations were billions of dollars higher than what was supported,” the GAO noted.

For five demonstrations reviewed in 2013 and 2014, GAO found that “spending limits would have been $33 billion lower than what was actually approved,” the report said.

The long-term sustainability of the $500 billion joint federal-state Medicaid program is important for the low-income and medically dependent Americans that depend on it, the GAO noted.