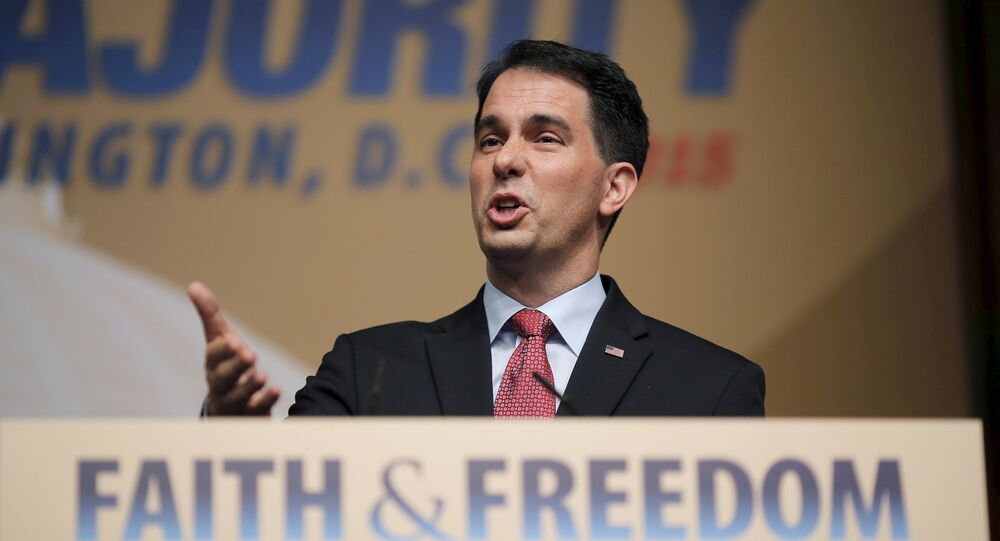 According to media reports, Scott Walker plans to cancel the two days waiting period for those looking to purchase a firearm and to allow ex cops to carry weapons at schools.

WASHINGTON (Sputnik) — Wisconsin Governor Scott Walker will sign new laws on Wednesday to expand gun owners’ rights through the elimination of a 48-hour wait on firearms purchase and permitting off-duty and retired police officers to carry weapons in schools after a Charleston gunman killed nine people at a historic church, according to media reports.

The horrific crime committed on Wednesday in Charleston was done by a racist and evil man. I condemn both his acts and his beliefs. —SKW

“Wisconsin Gov. Scott Walker (R) plans to sign two new laws on Wednesday that expand the rights of gun owners by removing a 48-hour waiting period for those looking to purchase a firearm and allowing off-duty or retired police officers to carry concealed weapons at public schools,” The Washington Post reported on Wednesday.