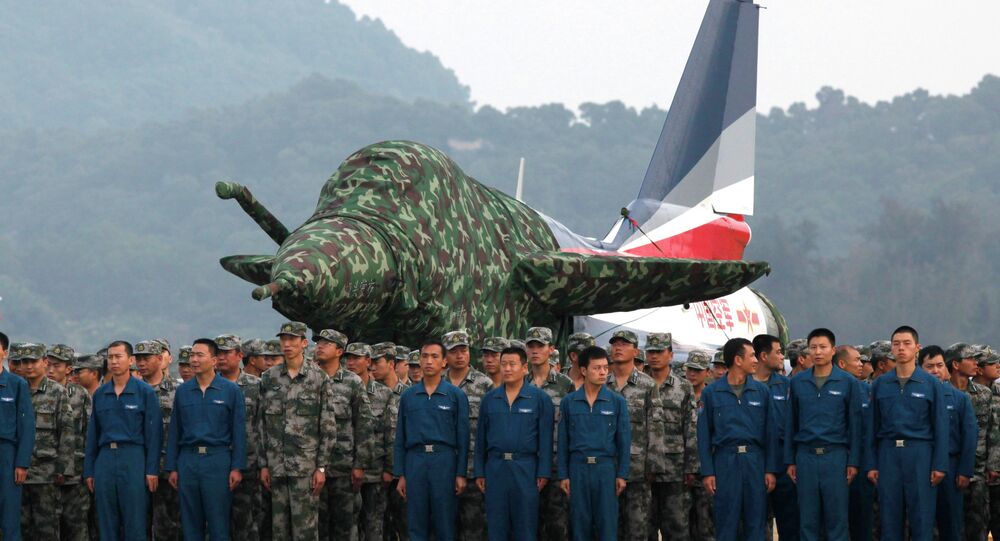 Pentagon: China Aims to Unseat US as King of the Skies

The United States sees China as a serious threat to its military superiority in air and space, so the Pentagon is seeking new technologies and systems to keep America ahead of its rival, the US deputy defense secretary said.

Deputy Defense Secretary Robert Work told to a group of military and civilian aerospace experts that China was "quickly closing the technological gaps."

When it comes to military capabilities, China "continues to improve at a very impressive rate," Work added.

In fact, the United States is so concerned with China's rapidly developing capabilities that it established the China Aerospace Studies Initiative (CASI), a joint venture between the US Air Force and the RAND Corporation think-tank aimed at uncovering Beijing's aerospace goals.

"As the Department of Defense, we're the hedge force…. We say, 'Look, here are capabilities that we see that the Chinese are developing and it's important for us to be able to counter those,” he said at the CASI inaugural conference.

Traditionally, the United States has felt the best way to avoid such a conflict is by keeping a strong nuclear and conventional deterrence superior to that of any rival, he added.

To adjust, he said, the Pentagon is working to develop new technologies to maintain its edge and lower the cost of responding to attacks, Reuters reported. Directed energy weapons, for example, might be able to shoot down missiles that cost a hundred times the price of a jolt of energy.