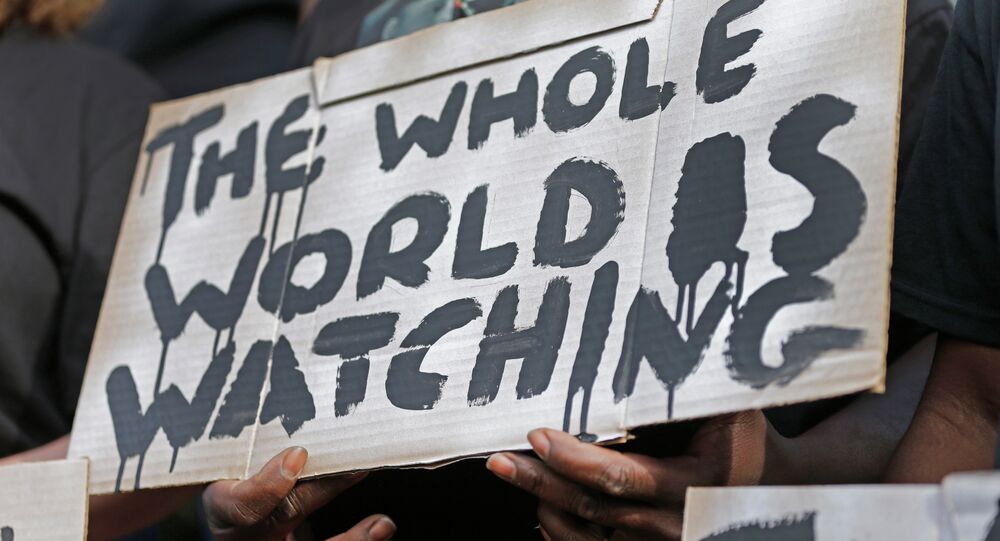 Global reaction to the all-too-often-fatal combination of gun culture and racism in the United States amid Wednesday’s act of terrorism in Charleston, combined with the staggering fact that US police have already killed 530 people this year, is making headlines and flooding social media.

It seems almost too logical: in nations where strict gun control is in place, gun violence is nearly unheard of. Many across the world are scratching their heads over Americans’ insistence upon on their right to have easy access to arms.

"Guns are in their constitution," Joanna Leung, a 34-year-old Toronto resident, told the Associated Press. "I'm pretty sure no one else has anything similar. I never understand why they think gun violence is going to solve anything."

On Wednesday, 21-year-old Dylann Roof opened fire in an historic black church in Charleston, South Carolina, killing nine, including the church’s pastor and a state senator.  Roof wore pro-apartheid flags on his jacket in pictures on social media, had a reputation for being a racist, and reportedly committed the horrific act hoping to start a “race war.”

After the election of Barack Obama in 2008, many worldwide believed that the United States had finally overcome its racist past.  But with seemingly endless cases of police brutality against African-Americans making global headlines, and the mainstream media’s difficulty in labeling Wednesday’s bloodbath in Charleston a terrorist attack, race relations in the United States are being seen far less positively.

"People all over the world believed that racism had gone from the US when Barack Obama was elected to lead the superpower, twice," Ahmad Syafi'i Maarif, a prominent Indonesian intellectual and former leader of Muhammadiya, told AP. "But the Charleston shooting has reminded us that in fact, the seeds of racism still remain and were embedded in the hearts of small communities there, and can explode at any time, like a terrorist act by an individual."

British publication the Independent ran a front page headline following the shooting that simply read, “America’s Shame.”  It suggested America has backtracked in terms of race relations since Obama assumed the presidency, noting, “how different the future seemed six years ago.”

“The measurement of such phenomena is perforce subjective, but in the wake of a series of police killings of unarmed black suspects and the unrest that ensued – from Ferguson, Missouri, last summer, to Baltimore just a few weeks ago – there is no doubt the mood has changed,” the Independent wrote in their editorial following the Charleston massacre.

Mexico City’s newspaper La Jornada called the US a “structurally violent state” that uses force both on foreign and domestic land to settle differences.

In China, Xinhua News Agency wrote that the massacre "mirrors the US government's inaction on rampant gun violence as well as the growing racial hatred in the country."

“In 1968, after race riots swept many cities, a presidential commission concluded the US was moving towards two societies, separate and unequal. That judgement of almost half a century ago contains more than a grain of truth today,” the Independent editorial concluded.