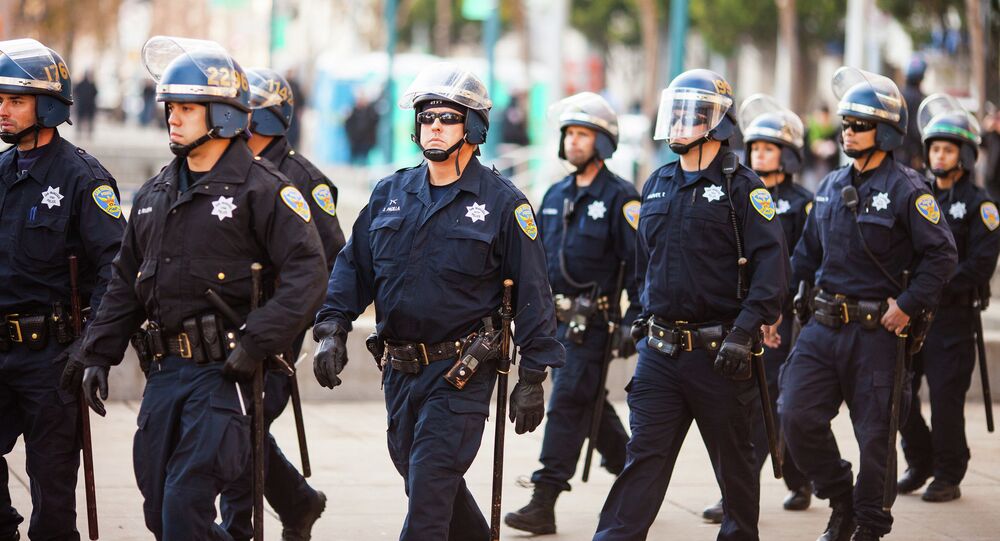 A report from Amnesty International called out US police across the board for showing a “shocking lack of fundamental respect for the sanctity of human life,” as every single state fails to comply with international standards on lethal use of force.

Amnesty International found that nine states have no laws whatsoever in place to deal with police use of force, and 13 states fall short of the standards set by US constitutional law, which are considerably more lax than international standards.

“While law enforcement in the United States is given the authority to use lethal force, there is no equal obligation to respect and preserve human life. It’s shocking that while we give law enforcement this extraordinary power, so many states either have no regulation on their books or nothing that complies with international standards,” Amnesty USA’s executive director, Steven Hawkins, told the Guardian.

The United Nations’ principles state that lethal force should be limited to use only when less extreme means have failed and there is no other option available to law enforcement.  They also state that officers should provide warning of their intent before using lethal force — a standard that is only required by law in eight US states.

The Amnesty report also found that nine states allow lethal force as a form of riot control. In Pennsylvania, deadly force is deemed justifiable if it is “necessary to suppress a riot or mutiny after the rioters or mutineers have been ordered to disperse.”

In 1985, the landmark Supreme Court case Tennesee v Garner determined that police may not use lethal force to prevent a suspect from escaping unless “the officer has probable cause to believe that the suspect poses a significant threat of death or serious physical injury to the officer or others.” The Amnesty report found that 13 states do not abide by this ruling.

“Those states can of course argue that they follow common law or supreme court standards, but is that good enough?” Hawkins said to the Guardian.

“Certainly we would expect that international human rights standards are what should govern and our fear is that, unless these are clearly quantified, a citizen in any state can’t look at what the law is. That’s critically important to ensuring accountability.”

Hawkins added that he hopes the report, believed to be the first of its kind, will help to produce some change at all levels of government.