A US judge sentenced a friend of Boston Marathon bombers Dzhokhar and Tamerlan Tsarnaev to 30 months.

WASHINGTON (Sputnik) – A US judge sentenced a friend of Boston Marathon bombers Dzhokhar and Tamerlan Tsarnaev to 30 months in prison for misleading federal investigators, the Boston Globe reported. 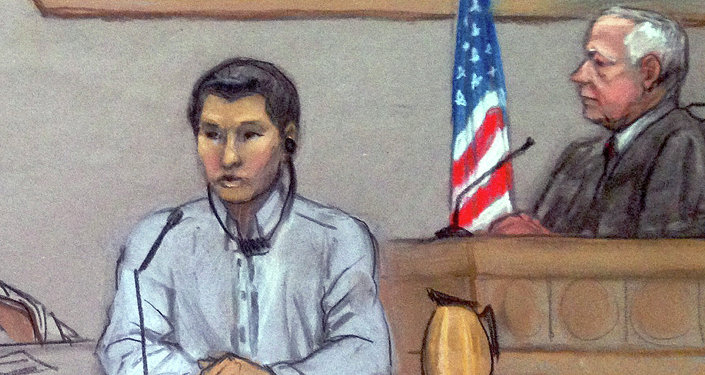 © AP Photo / Jane Flavell Collins
Boston Marathon Bomber's Friend to Be Deported After Serving Sentence
Khairullozhon Matanov, a cab driver and citizen of Kyrgyzstan, pleaded guilty in March 2015 to misleading US investigators after the Boston bombing when he tried to cover up his relationship with the Tsarnaev brothers.

“I want to apologize [for] lying to FBI. It was wrong. I do not support, and I am not a sympathizer of any terrorist organization,” the Boston Globe quoted Matanov as saying as he was sentenced.

Matanov also received 36 months of supervised release. He is the forth friend of the Tsarnaev brothers to be sentenced for obstructing investigators.

In early April 2015, Dzhokhar Tsarnaev was sentenced to death for his role in the 2013 bombing that killed three people and injured more than 260. Tamerlan was killed in a police shoot out in the days following the bombing.