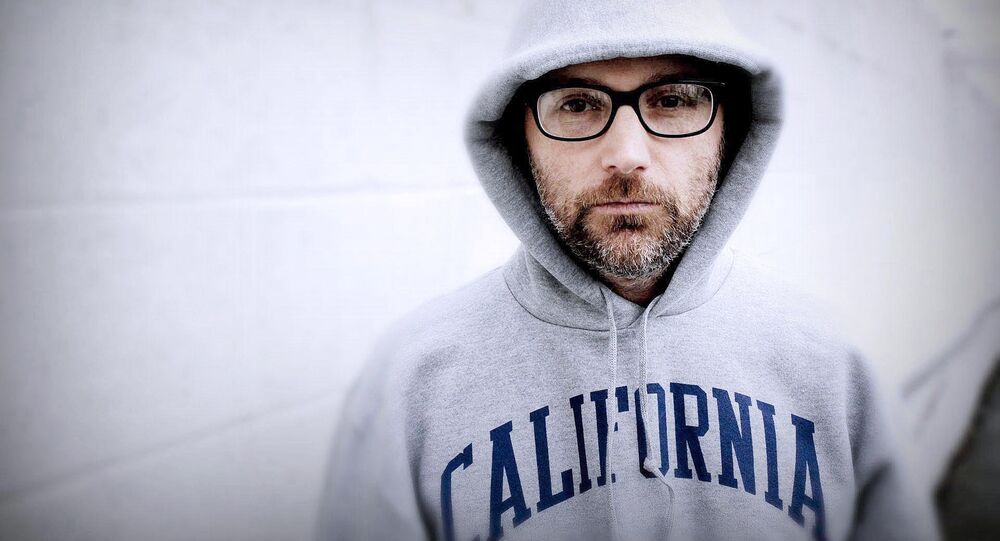 During one of the most severe droughts in California history, vegan musician Moby is being attacked for his extremely logical, maybe-a-little-snarky campaign against the US farming industry.

In a video for the Skip Showers for Beef movement, Moby explains how you can eat your beef responsibly, as California braces to run out of water.

Agriculture currently accounts for 80% of water usage in the state, and California cattle alone require approximately 80 billion gallons of water per month — a hefty amount for a state in which some communities have already gone dry.

“Hi, I’m Moby, and I’m a vegan,” the musician states. “That’s my personal choice. But I also believe it’s possible for you meat-lovers to enjoy your meat responsibly.”

The group has even put out a chart, explaining how many showers you need to skip to equalize your water footprint and enjoy your meaty meal guilt-free (provided that the cruelty involved in US factory farming doesn’t tug at your conscience).

For example, for every 16-ounce steak consumed, 1,800 gallons of water has been used to create it. To cancel that out, you simply need to skip 105 showers.  For every 4-ounce hamburger? Just find dry alternatives for 26 showers.

For those worried about hygiene, don’t worry, the group has considerately provided a brochure with helpful tips for staying fresh without the use of water.

Helpful suggestions include baby powder, dry shampoo, and a dirt bath, a la your pet chinchilla.  According to the brochure, dirt particles cling to other dirt particles, so they recommend a dirty washcloth to fight fire with fire and keep yourself clean.

While the campaign may sound snarky (and let’s face it — it is,) it also makes a lot of sense. Two and a half thousand gallons of water go into every single pound of beef produced in the US, and the average American consumes more than 70 pounds of red meat per year.  The water necessary to produce 10 four-ounce hamburgers for your cookout is the same amount that the average person uses to shower for an entire year.

The campaign focuses on beef, but other meats such as pork are also major contributors to water usage: one pound of pork requires 800 gallons of water.

You may be wondering whether Moby will also be skipping showers in favor of a good old fashioned dirt bath.

“I won’t, because I don’t eat meat, but you can. Go for it. Change happens one shower at a time,” Moby explains.

Now, vegetarians and vegans may be feeling a tad self-superior right about now, but they aren’t all fully innocent either.  Soy, a staple in many vegetarian diets, requires 216 gallons of water per pound, and every single almond grown in the US uses one full gallon of water.

Perhaps it is time for us all to start getting more responsible about our eating habits.