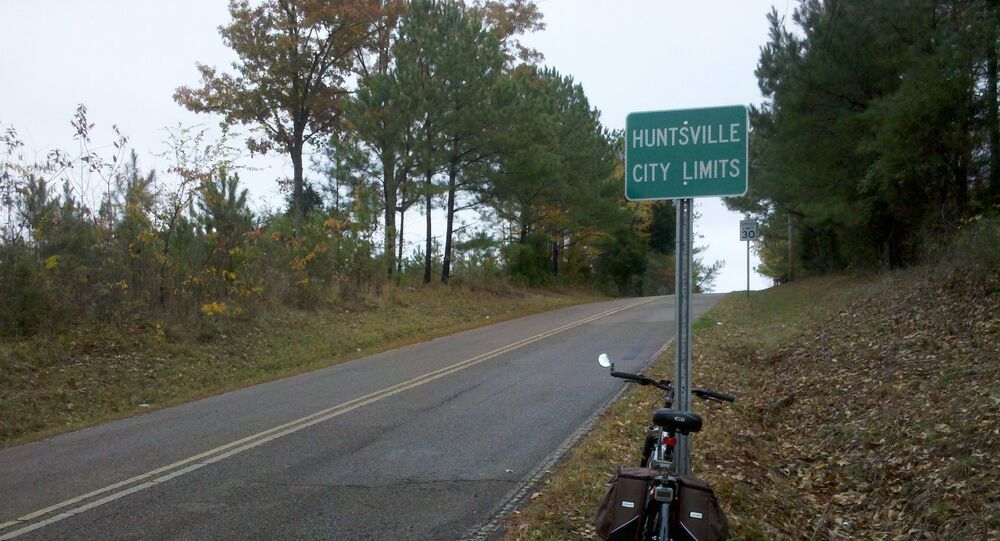 A US Marine Corps veteran is being threatened with arrest for creating a self sustaining home for himself and his girlfriend, and not using the city’s utilities.

The home of Tyler Truitt and Soraya Hamar in Huntsville, Alabama is 100% off the grid.  The couple collects rainwater and uses solar panels for electricity, offenses which led to the city condemning their home, calling it “unsafe.”

"We're not bothering anyone," Truitt told AL.com. "I just wanted to have something that would be debt-free, so that if I chose to go to school full-time I wouldn't have to worry about any bills."

The city claims their concerns stem from the fact that their house is a trailer, which is not allowed within city limits, even though they own the property.  The trailer sits on two acres of heavily wooded land, away from other residents.

“The purpose behind these requirements is public safety," Kelly Schrimsher, communications director for Huntsville Mayor Tommy Battle, told AL.com. "This includes ensuring that occupants of a residential dwelling have safe, potable, running water and electricity, particularly in the wintertime. The city has posted the property as 'Unsafe' for this reason."

But Truitt doesn’t see why their home should cause anyone concern. "We live out here off the grid, 100 percent self-sustaining," he told the local news station. "So I basically made all my utilities: I have my solar panels, I have my rainwater collection and stuff."

Truitt is being threatened with arrest if he doesn’t vacate their home, but after “defending freedom” overseas in US military service, he has vowed to now defend his own freedom at home. The Marine says he’ll stay at his property in an act of civil disobedience no matter what the government decides to do to him.

"I took an oath that I would support and defend the constitution and the freedoms that entails, and I really feel like those are being trampled upon," Truitt told WAFF.

Truitt believes that he’s making a contribution to clean energy — something US politicians talk a good game about — and that he and Hamar should be applauded for minimizing their impact on the environment, rather than be treated as criminals.

The couple is being brought to court by the city, which says that they have until June 1 to make their home comply with the building code.  The city claims that they are willing to guide him to get his home up to their standards, and that they do in fact encourage green living.

"I have looked and didn't see anything (in Huntsville's Code of Ordinances) which says I'm not allowed to use off-grid utilities," said Truitt. "They claim that it's not sufficient to use off-grid utilities because it's not a 'permanent' source of power. Until they can prove that the sun is not going to come up tomorrow and give me light, I would say their argument is foolish.”