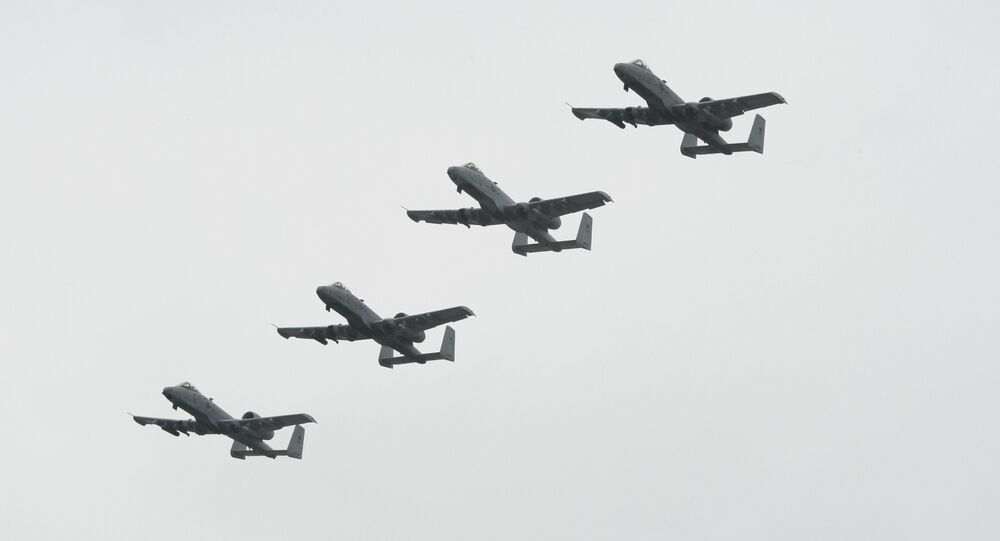 As the US Air Force continues its push to retire its fleet of A-10 attack aircraft, Boeing Co. has started looking to sell the Cold-War era warplanes abroad.

Boeing is now talking to the Air Force about potentially selling the gunship – commonly referred to as the "Warthog" – to US allies, according to Chris Raymond, a vice president at the Chicago-based aerospace giant.

"There's been talk about what the international opportunities might be," he was quoted as saying by DoD Buzz while at the Paris Air Show.

"We're going to stay close to the US Air Force in this case. They have to make some decisions about what they actually have that they're willing to declare as excess defense articles and so it's really not our place to speculate on that."

Any deal with foreign governments will only happen if the Air Force gets approval for its proposal to retire the fleet of nearly 300 Warthogs over the next several years.

The retirement would save an estimated $4.2 billion a year and free up maintainers for the F-35 Joint Strike Fighter, a stealthy multi-role fighter jet and the Pentagon's most expensive program, DoD Buzz reported.

But the Warthog has been able to narrowly escape retirement – so far – thanks to Congress, which values the plane's ability to provide close air support to ground troops.

To date, the United States is the only country to have ever operated the plane.

The Warthog was developed in the 1970s as a close air support aircraft by Fairchild Republic, which went out of business in the 1980s.

Boeing, which took over for the original manufacturer, is currently in the process of providing 173 sets of new wings – among other upgrades – to the remaining A-10 fleet.

Even as the Air Force looks to retire the Warthog, American military commanders have used it to strike militants from the so-called Islamic State (IS) terror group in Iraq and Syria, DoD Buzz reported.

Billed as a "low-cost counterterrorism" system, the modernized A-10 is clearly being aimed at Middle Eastern customers, International Business Times reported.  The United Arab Emirates and Saudi Arabia may be two of the likely buyers, according to IBT sources who cited Boeing's close relationship with both states.

But before any potential sale of the A-10 to a foreign military, US Air Force officials will have to decide what their force structure will be, Raymond, the Boeing VP, told DoD Buzz.

"We need to see what they want to do first and then we'd certainly want to try to help market some of those around the world, if they choose to want to do that."