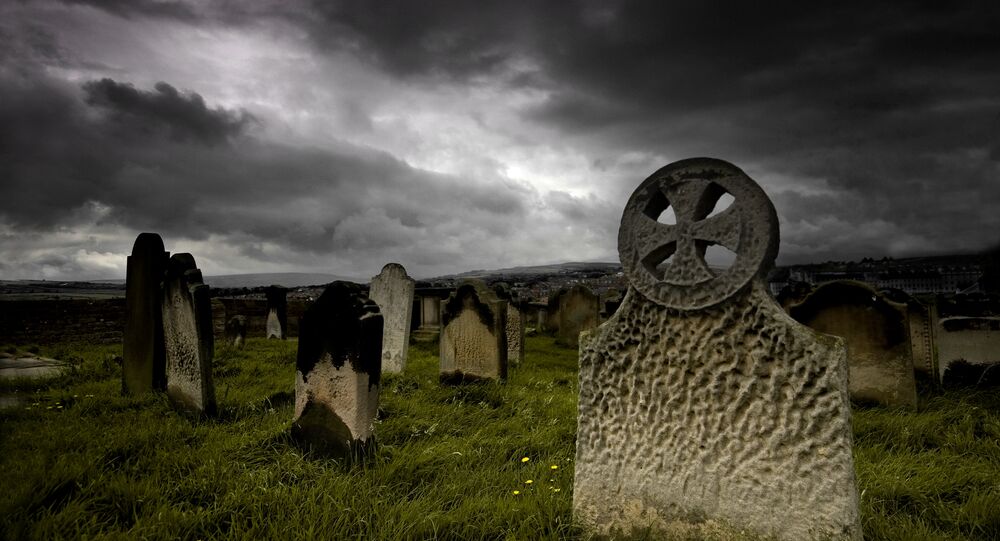 Silicon Valley’s tech giants have already changed the way we live, from how we watch our television shows to the way we communicate with each other. But now, they want to do much more – they want to extend human life altogether. Or at least theirs.

Death may be inevitable, but for Silicon Valley’s giants, it is just a problem, and one they are very determined to solve. And why not? With already very lavish lifestyles, it’s understandable why people like PayPal founder Peter Thiel, who is worth upwards of $2 billion, would want to keep on kicking as long as he can.

Thiel, who has described death as the "great enemy" of humankind, has already doled out millions to anti-aging and life extension initiatives, and he isn’t the only one.

"I believe that evolution is a true account of nature,” he told the Washington Post. “But I think we should try to escape or transcend it."

Oracle founder Larry Ellison has donated over $430 million to anti-aging research. "Death has never made any sense to me," he told his biographer, Mike Wilson. "How can a person be there and then just vanish, just not be there?"

Google co-founder Larry Page has taken the biggest step yet, investing up $750 million into the founding of the California Life Company, or Calico, a secretive anti-aging research center.

Others investing heavily in the field include Google’s Sergey Brin, Facebook’s Mark Zuckerberg, Napster’s Sean Parker, and eBay’s Pierre Omidyar. Aside from being among the world’s richest and most influential people, the tech giants have one other thing in common: they all believe technology can transform biomedical research and defy human mortality.

"The talent migrating into the field is like nothing I’ve seen in my 40 years in the field," Gerontology and longevity expert Ken Dytchwald told Time magazine, "and they’re convinced there is nothing you can’t do if you can turn biotechnology into information technology."

There have already been several proposed pathways to immortality, ranging from the theory of transferring human consciousness into artificial brains to the cryogenics theory of freezing a human body until a cure for death is devised in the future. Thiel and Parker are investing in biotech firms that are searching for ways to cure cancer and other viral diseases. Thiel has also donated to Alcor, a leading cryogenics firm.

While the determination of these tech giants may be admirable, many experts have already spoken out against their ventures, accusing them of approaching the subject with too much hubris, without any appreciation for the potentially disastrous outcomes.

For one thing, scientists have accused the tech giants of distorting medical research priorities through their funding. According to the Washington Post, while two-thirds of medical and scientific research were once funded by the federal government in the interest of the public good, most is now being funded privately by billionaires who are accountable to no one and impatient to see the returns on their investments.

Another issue is the inequality that will be inherent in the research, should any significant breakthroughs be made. Research into life extension costs money, so it would be reasonable to assume that if there are any breakthroughs, they will likely benefit the very rich who are already investing in them.

"There will be breakthroughs in the next 15 or 20 years that will have to do with aging itself – actually stopping the biological clock," Dychtwald told Time magazine, "And I think the really rich people are going to get access to it…Imagine a time when ten thousand really rich people get to live forever, or not have to get dementia."

This discussion comes at a time when the richest 1% of the world’s population is predicted to control more than 50% of its wealth in the next year.

In an interview with the New Yorker, Thiel proclaimed "probably the most extreme form of inequality is between people who are alive and people who are dead." Given he is a member of the wealthiest 1% and one who is investing in life-extension research, Thiel’s may be a contribution to even further inequality, not just between the rich and poor, but also between those who can afford to live forever, and those who can’t.

Of course, there is also the toll an immortal population could take on a planet that is already struggling to house 7 billion people. While tech giants busy themselves with solving the “problem” of death, experts note that they have yet to answer the basic question of what would happen to the planet and its resources after several generations have to share it simultaneously.

Then there are the social implications. Political theorist and bioethicist Francis Fukuyama has argued that eternal life will likely put an end to social change and lead to broader disruption and upheaval.

"I think that research into life extension is going to end up being a social disaster," he said in an interview with the Washington Post. "For evolutionary reasons, there is a good reason why we die when we do."

Not all tech giants are on board with the quest for immortality. Most notably, Microsoft’s Bill Gates has spoken out against the venture in a question-and-answer session on Reddit.

"It seems pretty egocentric while we still have malaria and TB for rich people to fund things so they can live longer," he said.

Silicone Implants Get a Whole New Meaning in Interactive Technology

From Limbs to Cars, a Glimpse of What the 3D Printer Can Make