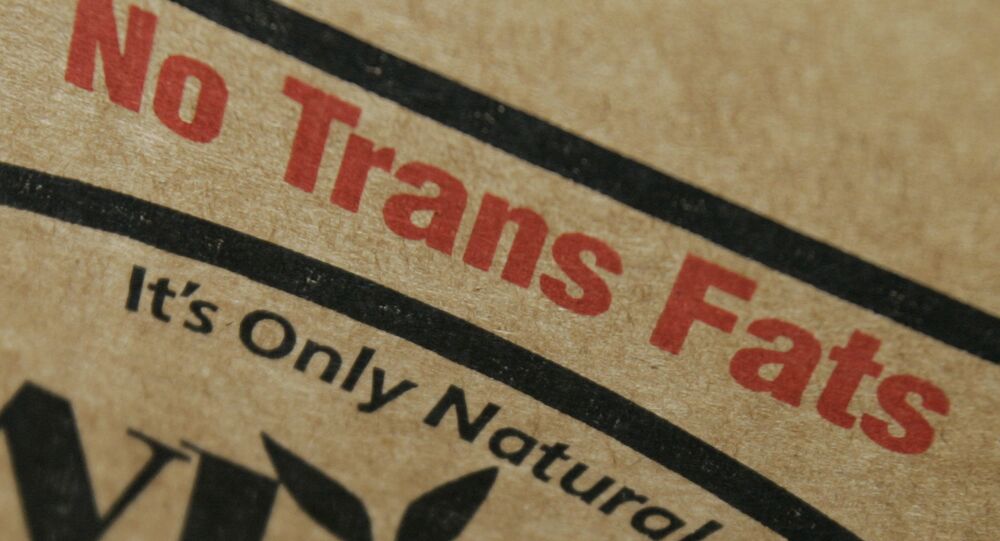 US Pledges to Reduce Harmful Trans Fats in Food Supply

The US will start to reduce the level of trans fats in its food supply after the release of the study, which proves that fatty acid is harmful for health.

East News/ Science Photo Library
US Food Companies Spend Millions Supporting Law Against GMO Labelling – EWG
WASHINGTON (Sputnik) — The United States will begin reducing the level of trans fat in its food supply after a study found that the fatty acid is unsafe for the human body, the US Food and Drug Administration (FDA) announced in a statement on Tuesday.

“Based on a thorough review of the scientific evidence, the US Food and Drug Administration today finalized its determination that partially hydrogenated oils (PHOs), the primary dietary source of artificial trans fat in processed foods, are not ‘generally recognized as safe’ or GRAS for use in human food,” the FDA said.

The study’s results will “significantly reduce the use of PHOs” in the US food supply, the FDA said.

© AFP 2020 / Karen BLEIER
Russia’s Imports Ban Inflicts Damage on US Food Producers
In 2013, the FDA made a tentative ruling that partially hydrogenated oils were not GRAS. That ruling will be finalized after a public comment period.