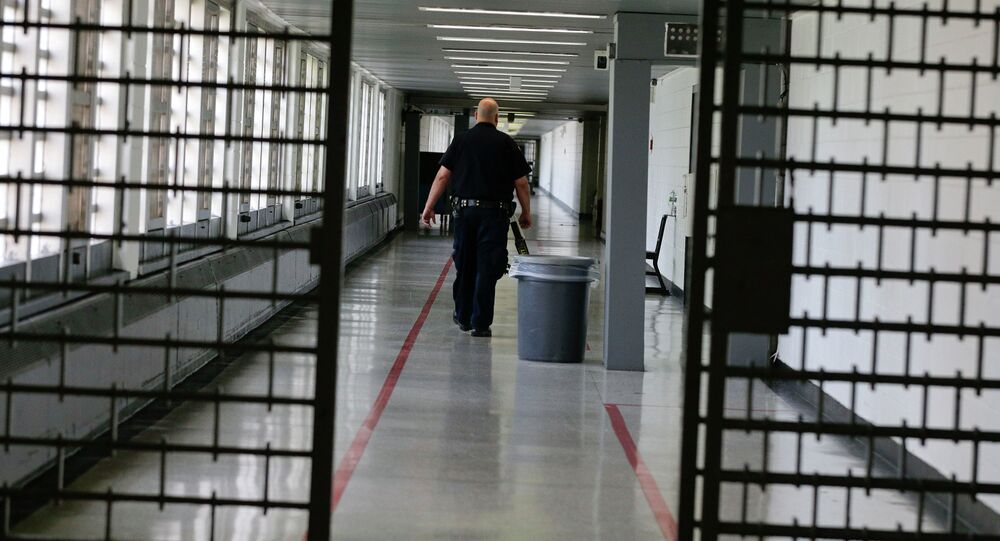 Carlos Montero, who is now 24 years old, has been held in pretrial detention since he was 17 for a murder he did not commit. But the judge refuses to separate his case from that of the actual murderer, leaving him hopelessly trapped.

Montero was allegedly with two friends when one of them fatally stabbed a man in a violent altercation. Montero maintains he was not with them, but in any case is not accused of the actual violence.

“I don’t have the heart to kill someone,’’ Montero told the NY Post. “I wasn’t there. I know I could sue, but no amount of money could get me justice for this. I just want my freedom.”

Despite being an accomplice, at most, he has already spent 2,423 days behind bars at the infamous Rikers Island jail complex awaiting his trial, after a judge refused to separate his case from the two others. The delay in trial has been caused by lawyers for the other two defendants fighting over DNA evidence — evidence that had no bearing on Montero’s guilt or innocence.

There is a New York state statute guaranteeing a prisoner’s right to a speedy trial, stating that they must see trial within 180 days, but it does not apply to murder cases. Again, Montero is not accused of murdering anyone.

“This case is gold medal-winning when it comes to delay,” civil rights lawyer Ron Kuby told the NY Post. “The longest period of time I’ve heard of is about five years in New York state. It seems a very clear constitutional violation to hold somebody for nearly seven years in pretrial detention without trial.”

During the past seven years, Montero has seen the inside of the courtroom many times, however, with 77 appearances to date inside the Supreme Court, in front of Justice Ronald Zweibel.

According to the Post, Montero’s detention has already cost taxpayers in the city over one million dollars, or $167,731 a year.

The young man, who has been locked up since he was a minor, was offered a plea deal of 15 years, but refuses to take it, maintaining his innocence.

Kalief Browder, 22, who spent three years locked on Rikers Island as a teenager, without trial, hung himself earlier this month, shining a bright light on the severity of pretrial detentions.

Bowder was arrested when he was only 16 years old for stealing a backpack.  He was subsequently detained for 3 years, spending approximately two of the years in solitary confinement and being beaten by guards while handcuffed (which was caught on security footage) before he was released in 2013.

The UN has stated that the effects of solitary confinement may be irreversible after 15 days.

A eulogy for Browder, written by Ta-Nehisi of the Atlantic, stated that his death “must necessarily be laid at the feet of the citizens of New York, because it was done by our servants, and it was done in our name.”