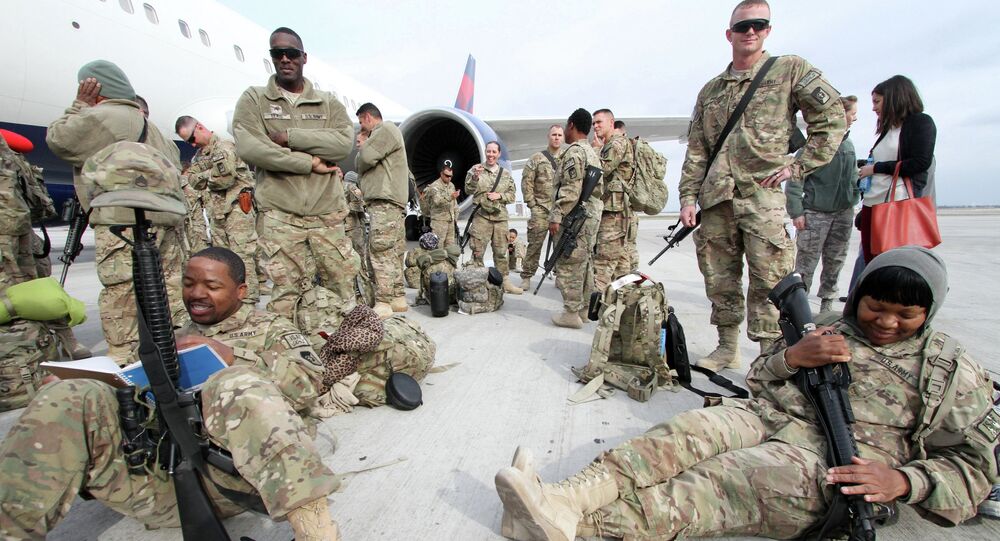 The US has no interest in winning wars it instigates in different parts of the world, the purpose rather is to initiate a conflict and keep it going as long as possible; The American Conservative magazine has come up with twelve reasons why the ongoing war is much more profitable for Washington than an actual victory.

The US bimonthly magazine has explained why Washington sees no interest in winning the conflicts it instigates around the world.

It put forward twelve motives for the internal benefitting parties to continue the worldwide war making, especially when the conflict is not on the US’ doorstep.

“Winning or losing has little immediate consequence for the United States, because the wars we start are not of vital national interest; losing doesn’t mean getting invaded or our cities being destroyed,” it states.

And then explains who benefits from the ongoing conflicts.

"During wartime who dares question almost any Pentagon cost “to defend America?”

“Starting wars is the historic way for kings (and presidents) to gain popularity and avoid doing tough domestic reforms for problems that cry out for solutions.”

Another party who benefits from wars is private contractors, who “don’t get paid in peacetime like ordinary soldiers, rather profiting from war, or at least from America having more enemies to guard against.”

“In Iraq and Afghanistan we had hundreds of thousands of them, very well paid (often former military) and now largely in lesser-paid jobs,” it states.

As it turns out, Washington’s community is yet another winning party.

“Think tank intellectuals get lots of TV exposure and lectures, new funding produces new jobs and government grants and trips to the excitement of battlefields, or at least to comfy headquarters, to study the “enemy.”

“Congressmen get more TV time; critics can be condemned for hurting the war effort or even aiding the enemy. Everyone feels important. Heritage Foundation interns were recruited to help administer Iraq, and while not every war produces jobs even for interns, money flows everywhere.”

TV channels also profit from wars and conflicts, as “instead of interminable, boring coverage of the same old event, think of CNN’s repeated coverage of the disappeared Malaysian airliner for weeks, wars are exciting and gain 24-hour coverage and viewers”.

The officers also seem to benefit, as “long, interminable wars allow for many more officers to get “their tickets punched,” as “every officer in the US has dozens behind him wanting to get some “war” experience on their resumes.

Another reason for keeping the wars going is that a continuous conflict saves the US from dealing with the numerous casualties and from moving into a country to “pacify the conquered (liberated) nations”.

Nor it faces the need to “spend lifetimes studying tribes, religions, and customs in obscure, boring, and uncomfortable regions of the world.”
Natural resources, similar to that of “oil and gas all over the Persian Gulf,” are yet another target.

“Another unending war is more likely and could easily expand to blowing up oil and gas resources all over the Persian Gulf,” the magazine states.

"Think of how often the FBI provides fake bombs and weapons to wannabe terrorist young macho males dreaming of acting out their fantasies. Unending wars fulfill this need. If America actually “won,” many of their (well paid) jobs would be superfluous.”

© Sputnik / Alexandr Demyanchuk
'West' is Not the Charity Business: There'll Be Hell to Pay for Ukraine
And finally the US is “very vulnerable to false flag operations and paid foreign propaganda,” the magazine states. “Various foreign nations or rebel interests want us to bomb and/or invade their local enemies.”

The magazine therefore comes up with examples: the recent attack on Libya was based on false information, spread by the US allies. It turns out that Saudi Arabia wants them to destroy Iran, Turkey wanted them to attack Assad in Syria, Israeli (and neocon) hawks wanted them to “rip apart” Iraq.

Kuwait’s sheiks, it says, paid millions for a PR campaign for America to attack Iraq the first time, and so on.

Yet the US does not really lose wars either, according to the magazine

“America doesn’t lose wars, it just loses interest and withdraws from fighting them.”