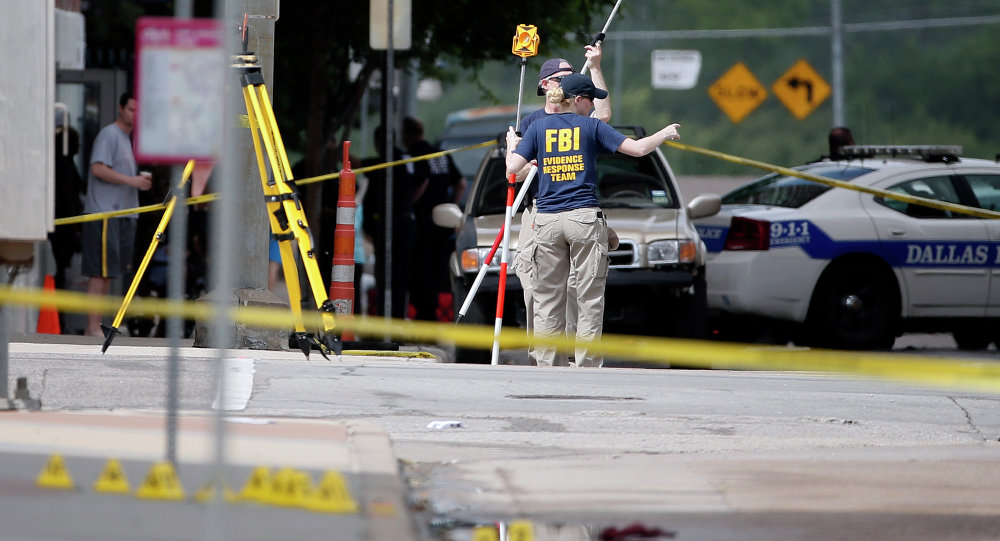 Earlier in the day, a bag with explosives blasted near the Dallas Police Headquarters after an unknown gunman opened fire at the headquarters building. No one was injured in the incident.

MOSCOW/WASHINGTON (Sputnik) — A lone gunman suspected of shooting and planting explosives near police headquarters in the Texas city of Dallas on Saturday was shot by a police sniper after fleeing in an armored van, local police said.

"There has been no contact with the suspect in over 4 hours — believe it likely that he is deceased #DallasPDShooting," the Dallas Police Department said via Twitter.

The suspect repeatedly fired at police officers, as he got angry and the negotiations with him failed, Dallas Police Chief David Brown said during a briefing. After that, the police called in a sniper who opened fire on the van engine, he added.

© Wikipedia / Drumguy8800
Bag With Explosives Blasts Near Dallas Police Headquarters
No one was wounded neither during the standoff, nor by the gunman, but several people, including staff members and police officers, narrowly avoided being shot, Brown said.

Despite media claims that the suspect was killed, Dallas Police Department said they were still unable to confirm the gunman's death, adding that the confirmation would be "premature" until van was cleared and officers could move in.

Believe it likely — unable to confirm until van is cleared and officers can move in. Confirmation is premature https://t.co/nCLmb1f39X