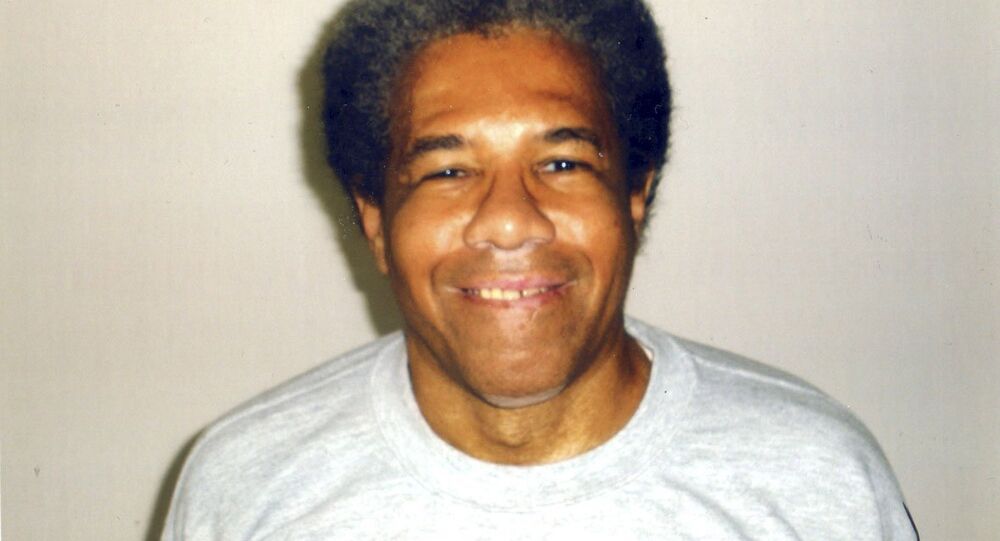 Louisiana prison inmate Albert Woodfox must be released from prison after 43 years in solitary confinement, a New York-based human rights group said in a press release.

WASHINGTON (Sputnik) — Woodfox, 68, has spent 43 years in solitary confinement for the 1972 killing of Brent Miller, a guard at Louisiana State Penitentiary in Angola, according to media reports.

Woodfox was convicted of the guard's murder twice, but the verdict was overturned on each occasion.

"At this point, the Louisiana authorities must ensure Albert Woodfox's freedom not only from incarceration, but from the deeply flawed legal process that has consumed him for more than four decades,” Amnesty International USA said on Friday.

Handout
Court Blocks Release of Last Angola 3 Inmate Albert Woodfox
On Friday, a federal appeals court extended an order that blocks the release of Woodfox after a US District Court Judge James Brady granted him freedom, saying the state cannot try him a third time, according to the press release.

Amnesty International called the court ruling a "desperate attempt to thwart justice" by the Attorney General.

United Nations Special Rapporteur on Torture Juan Mendez criticized the indefinite solitary confinement inflicted on Woodfox, saying it "clearly amounts to torture and it should be lifted immediately," the press release said.

Amnesty International is a New York-based international grassroots human rights organization, according to its web site.