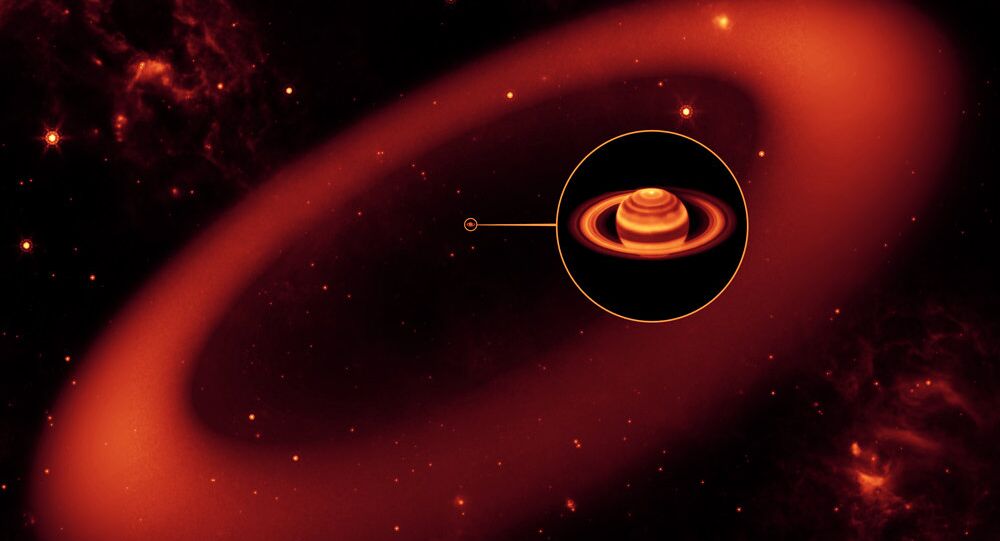 Scientists have discovered that Saturn's Phoebe ring – the largest planetary ring known to mankind – is even larger than they once suspected, although they still can't see it with their own eyes.

"I was giving talks saying Saturn has a giant invisible ring, which makes you sound just perfectly crazy," lead author Douglas Hamilton, a planetary scientist at the University of Maryland, told the Los Angeles times.

The Phoebe ring wasn't discovered until 2009 by a team – which included Hamilton – armed with infrared imagery from the Spitzer Space Telescope. At the time, they estimated that the ring stretched from 4.8 million to 7.76 million miles.

Years later, Hamilton and his team have determined that Phoebe is much larger than originally estimated – about 30% larger. Using NASA's Wide-field Infrared Survey Explorer telescope they have found that it stretches from about 3.75 million to 10.1 million miles.

"It is 10 to 20 times larger than the second-biggest ring, so this thing is absolutely gargantuan," said Hamilton, whose team's study was published earlier this week in the journal "Nature."

Carl Engelking, of Discovery Magazine, writes: "If you looked into the night sky from Earth, the Phoebe ring – if it were visible – would appear to be as wide as two of our Moons."

It's important to note that the Moon is only 238,900 miles from Earth, while Saturn is 746 million miles away, at its closest.

Another comparison by Engelking: "If Saturn's famous rings were toe rings, the Phoebe ring would be a monster truck tire, for a simple comparison."

The ring is composed of small particles that are incredibly far apart from each other, but it can be clearly seen at infrared wavelengths as a faint halo. What’s more: Scientists estimate that roughly 90% of the particles that make up Phoebe are smaller than the size of a soccer ball.