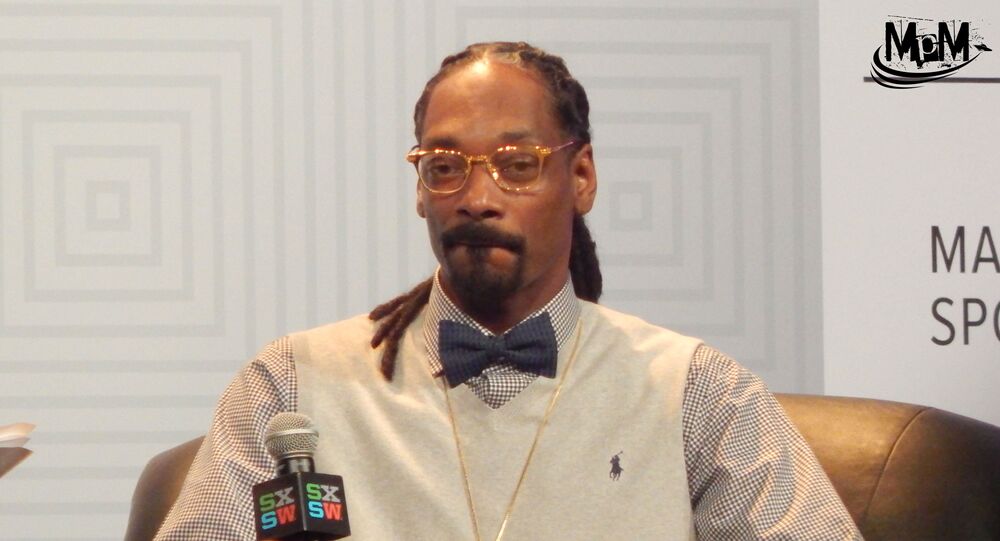 On Thursday, Snoop Dogg tweeted out his interest in becoming a CEO after it was announced that current chief Dick Costolo will be stepping down. On Friday, #ifSnoopWasTwitterCEO trended, even getting a tweet from hard partying Toronto Mayor Tom Ford.

© AFP 2021 / JONATHAN ALCORN
Twitter CEO Dick Costolo Steps Down July 1
Costello will be stepping down July 1 after waves of controversy regarding Twitter’s lack of care for dealing with trolls and abuse on the platform, as well as their new app Periscope coming under fire for major piracy of the Mayweather vs. Pacquiao boxing match.

Jack Dorsey, the company’s co-founder, will be taking on the role of interim chief executive under a new successor is decided.

One thing’s clear, though: if CEO positions were democratically elected, Snoop would certainly be the front-runner.

The tweets that spawned two viral hashtags (#SnoopforCEO and #IfSnoopWasTwitterCEO) were short and simple.

On Friday afternoon, #IfSnoopWasTwitterCEO was trending and was full of awesome puns, particularly as they related to Snoop’s unabashed love for weed.

Toronto Mayor Tom Ford also jumped into the action, with a glorious side-by-side photo of him and Snoop Dogg in similar outfits with the caption “we could launch our own clothing line.

”While it is unknown whether or not it was related, Twitter did see a short lived 8% rise in their stocks after Costolo and Snoop Dogg’s announcements.  Perhaps this might be something the company should consider when selecting its new head. Because after all, who doesn’t want the ability to send 420 character tweets?

Twitter Reacts to NATO Summit Singing 'We Are the World'