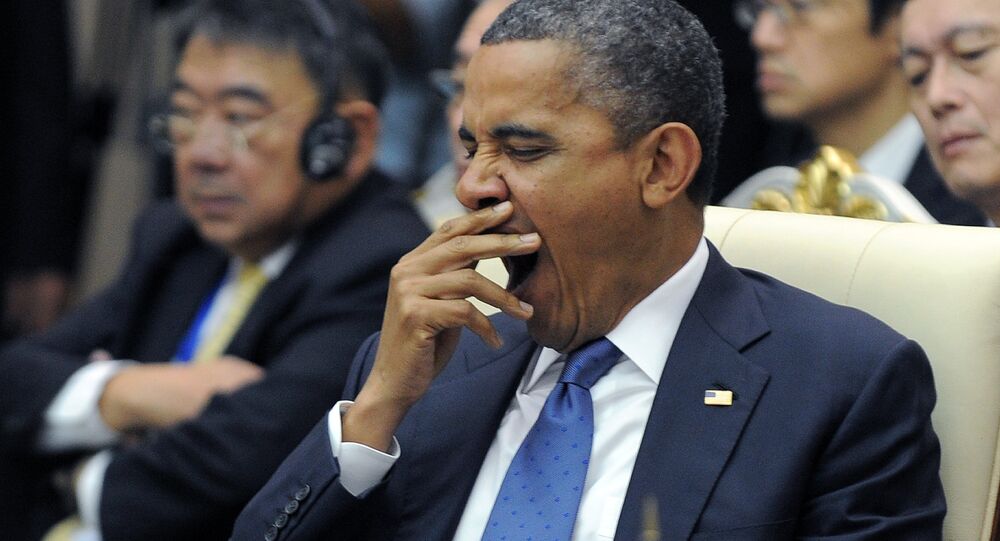 US President Barack Obama will meet Democrats from the House of Representatives at the Capitol early on Friday before the upcoming trade vote later in the day, media outlets reported.

WASHINGTON (Sputnik) — A final vote on the bill that would give Obama a fast track authority to promote new free trade agreements, known as trade promotion authority (TPA), is scheduled for Friday. However, the House is divided on whether to approve the fast track authority within a dozen votes.

“President Barack Obama will come to Capitol Hill to meet with House Democrats to try to save his trade agenda,” Politico reported on Friday ahead of the vote.

© AP Photo / Carolyn Kaster
US House Narrowly Approves Measure to Vote on Free TPA
On Friday, Congress will also need to pass Trade Adjustment Assistance (TAA) before it can vote on the TPA.

The fast track trade bill would give Obama authority to conclude negotiations on the TPP agreement with major Asia-Pacific countries with Congress giving a simple up or down vote without being able to amend the agreement.