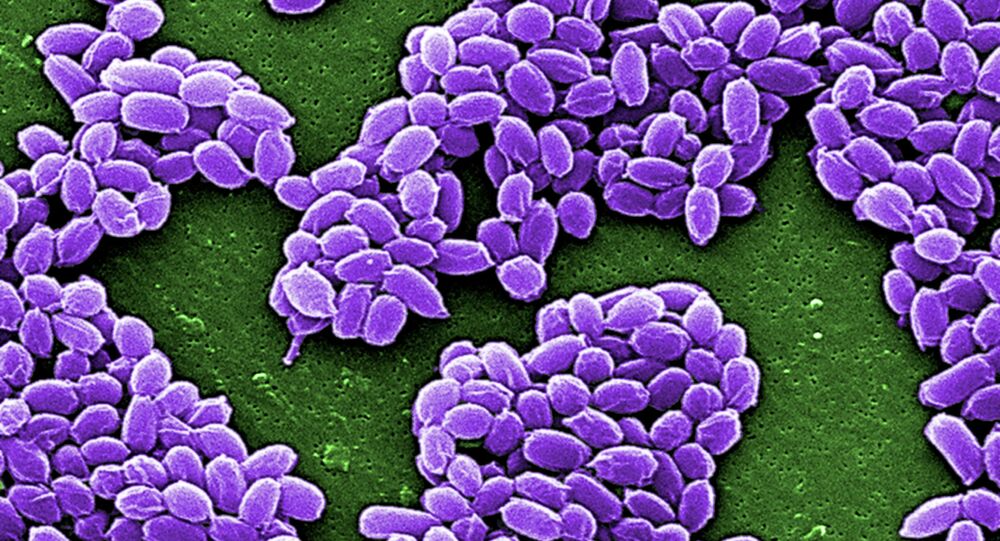 The US House of Representatives is seeking answers to why the Department of Defense accidentally sent live anthrax samples to multiple laboratories across the world, members of Congress told the press.

WASHINGTON (Sputnik) — The Pentagon admitted last week to unintentionally sending live anthrax spores to up to 68 laboratories in 19 US states. South Korea, Australia, Canada, and the United Kingdom were recently added to the list of likely recipients of the anthrax bacteria.

“We are conducting thorough oversight and will continue to do so,” Congressman Jim Langevin said on Wednesday before a classified briefing with Pentagon officials.

House Armed Services Committee Chairman Mac Thornberry told the press that Congress requested the classified briefing on the anthrax scare to better understand the cause of the accident.

© AP Photo / Victor R. Caivano
Live Anthrax Samples Were Likely Sent to Over 50 Laboratories
Thornberry added that he is hopeful the Pentagon will make more information about the anthrax shipments available to the public.

Congressman Langevin explained that the most important priority in investigating the Pentagon’s anthrax shipments is “making sure that the public is safe and that something like this never happens again.”

In early June 2015, the Pentagon announced it may have failed to kill the anthrax spores prior to shipping them to laboratories.

The Pentagon has stated that the anthrax shipments pose no risk to the public, as the bacteria were in low doses and liquid form.