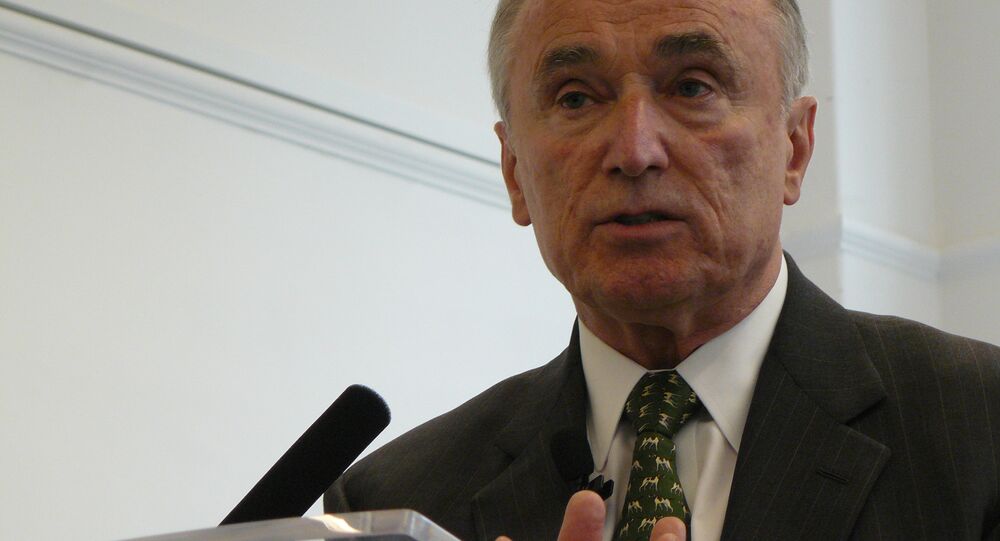 NYPD Commissioner Bill Bratton is making headlines once again, after declaring that the department has trouble hiring black men because “so many of them have spent time in jail and, as such, we can’t hire them.”

Bratton partly blamed his department’s stop-and-frisk tactics which targeted minorities with random searches for simply being out in public, adding that the result of the policy was a “population pool [of eligible non-white officers that] is much smaller than it might ordinarily have been,” he told the Guardian.

However, after the Guardian published the interview, Bratton went flying off the deep end and demanded a retraction — while simultaneously defending his statements about black men being difficult to hire.

“We’re asking, we’re not even asking we’re demanding, a retraction and a correction because the story was a total misrepresentation of the original story,” Bratton stated in response to the story.

“The original interview was done by one reporter and then they had a second reporter who took the first reporter’s story and totally misrepresented it in the second article,” he continued.

Bratton went on to not only stand behind the inflammatory comments, but to take it a step further, blaming the community entirely and claiming that the discriminatory practices involved in stop and frisk couldn’t possibly have had anything to do with the lack of eligible black males for them to hire.

“That’s well known. It’s an unfortunate fact that in the male black population, a very significant percentage of them, more so than whites or other minority candidates, because of convictions, prison records, are never going to be hired by a police department. That’s a reality. That’s not a byproduct of stop-and-frisk,” Bratton told reporters. “15 to 20% of black males have some type of criminal history and that’s an issue of great concern in the black community.”

“It is a net that he set out for them,” Rochelle Bilal, vice-chair of the National Black Police Association and a former Philadelphia police officer, told the Guardian, referring to stop-and-frisk. “If [Bratton] didn’t stop people for nothing, he might have a bigger pool to hire from.”

Bratton also stood behind the NYPD’s broken-windows policy, which resulted in stop-and-frisk. The goal of the policy was to heavily police small crimes, such as turnstile jumping or vandalism, with the aim of “creating an atmosphere of law and order” and therefore prevent more serious crimes. What this policy actually led to, however, was the mass incarceration of people of color, particularly younger men.

“I make no apologies for doing that,” Bratton told the Guardian.

Community leaders and activists immediately spoke out against the commissioner's statements, and against the broken-windows policing which many believe is the cause of the problem that the NYPD is claiming to face, in the pursuit of diversity within the department.

“This is a teachable moment that affirms that broken windows policing destroys lives and opportunities,” the city’s public advocate, Letitia James, told the NY Daily News. “We need to enact policies that promote diversity for our police force and city as a whole.”

The NYPD currently employs 34,631 police officers, with approximately 15% of those being black.  The latest class to graduate from the academy had even fewer black officers, comprising only 10% of the 891 new candidates. The force’s jurisdiction covers a population of around 8.5 million people, more than a quarter of which is African-American.

“The issue of trying to hire blacks is a national issue. Every police department in America is having a hard time hiring blacks,” Bratton also stated.