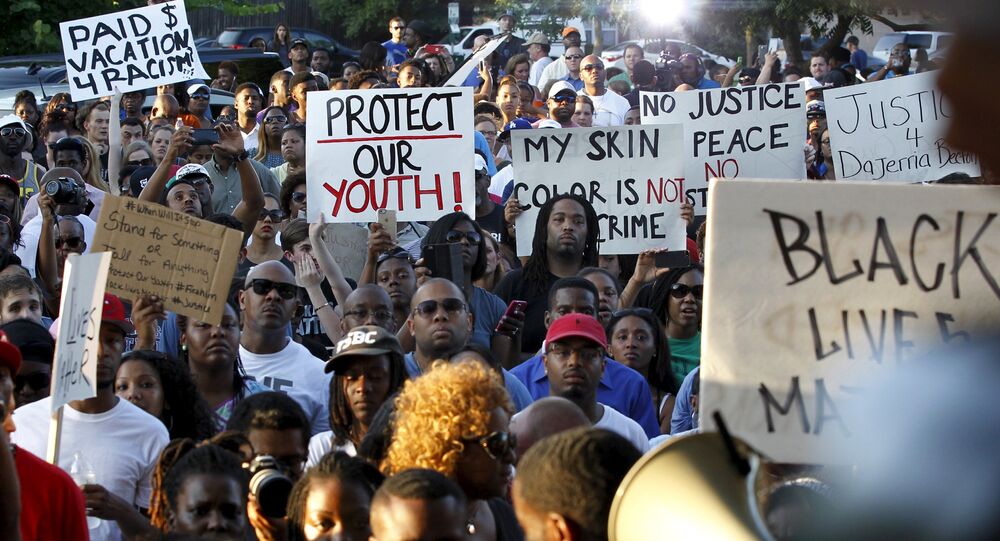 WASHINGTON (Sputnik) — Hundreds of peaceful protesters rallied in Dallas on Monday, calling on the McKinney Police Department to fire Casebolt.

“One of the things, we want him fired and we want him charged with assault to a minor. We’re not going to silence until these things are done.”

On Friday, Casebolt wrestled an African American teenage girl to the ground and pointed his gun at unarmed teenagers at a party at the Craig Ranch North Community Pool in McKinney. The encounter was captured on video prompting citizen outrage.

Alexander said he hopes the Friday rally will help the community address what he described as daily occurrence of police brutality.

“Friday will bring a lot more people out there, [and] will bring the transparency that’s needed in this community.”

On Tuesday, White House spokesperson Josh Earnest said the police’s decision to suspend the officer was the prudent thing to do.

Police brutality continues to be an urgent social problem in the United States. The issue has made headlines as numerous, often violent protests have swept the country amid a string of police killings.