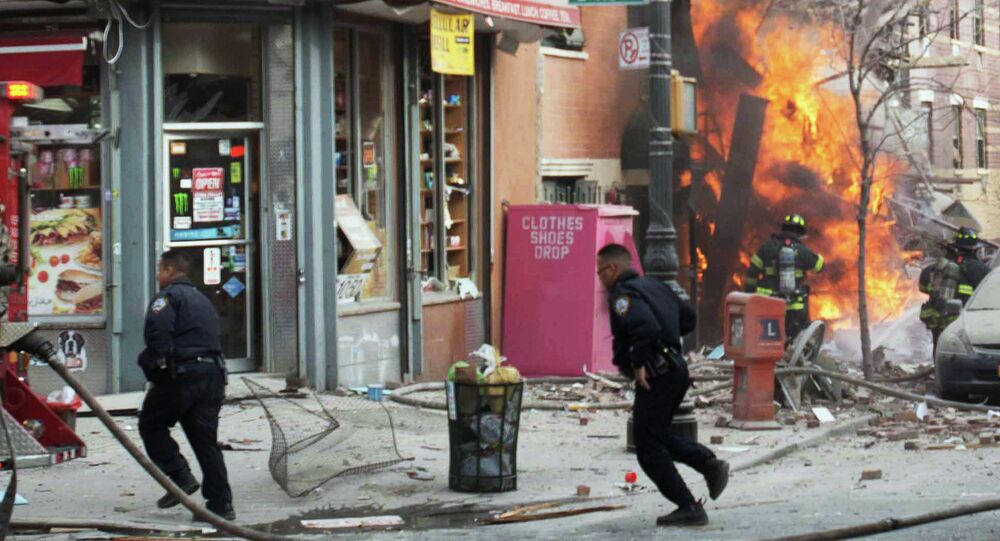 “People in the area of the accident failed to report the gas leak on the night of March 11, calling into question the adequacy of Con Edison’s public awareness efforts.”

Hard explained Con Edison broke protocol by not contacting the first responders when a leak was reported.

“Once the leak was reported on the morning of March 12, Con Edison lost one more opportunity to avoid or mitigate the accident by neglecting to notify the New York City Fire Department.”

© AP Photo / Nancy Borowick
Deadly New York City Explosion Likely Caused by Gas Thieves
The federal probe, which lasted more than a year, determined if the fire department had been timely notified, an evacuation of the area in about 15 minutes prior to the explosion could have been carried out.

The NTSB also found that a broken sewer in the vicinity of the accident had not been repaired for eight years.

“These factors aligned to create the accident,” Hart said.

The National Transportation Safety Board is an independent US agency charged by the Congress with determining the probable cause of transportation and other accidents and promoting transportation safety, according to the NTSB’s website.