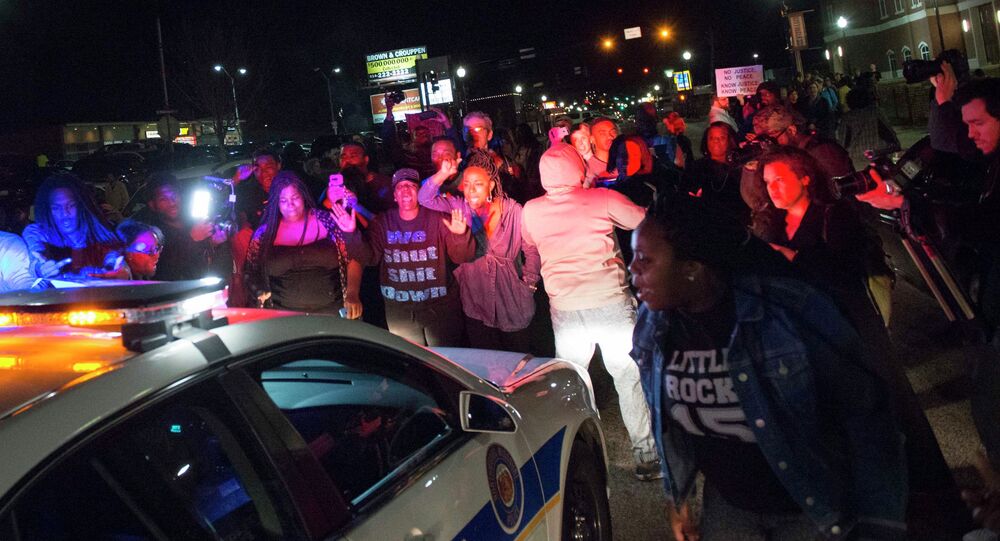 The interim police chief of Ferguson, an embattled US town that sparked mass anti-police brutality riots last year, suggested Sunday that protesters had been paid to fly in from outside.

"…When I hear people blame things on Ferguson I don't think it's fair. I don't think other people have paid protesters flying to their city," Eickhoff told the LA Times in an interview.

The Washington Times reported in January that billionaire George Soros contributed at least $33 million to activist groups in Ferguson. The organizations in turn mobilized citywide riots that turned violent last November after the jury did not indict Darren Wilson for shooting Michael Brown in August.

The US Department of Justice (DoJ), meanwhile, issued a report in March revealing that the Ferguson Police Department and municipal court systemically profile African-Americans in violation of their rights.

The DoJ investigation found that nearly 90 percent of police force was directed against African-Americans.