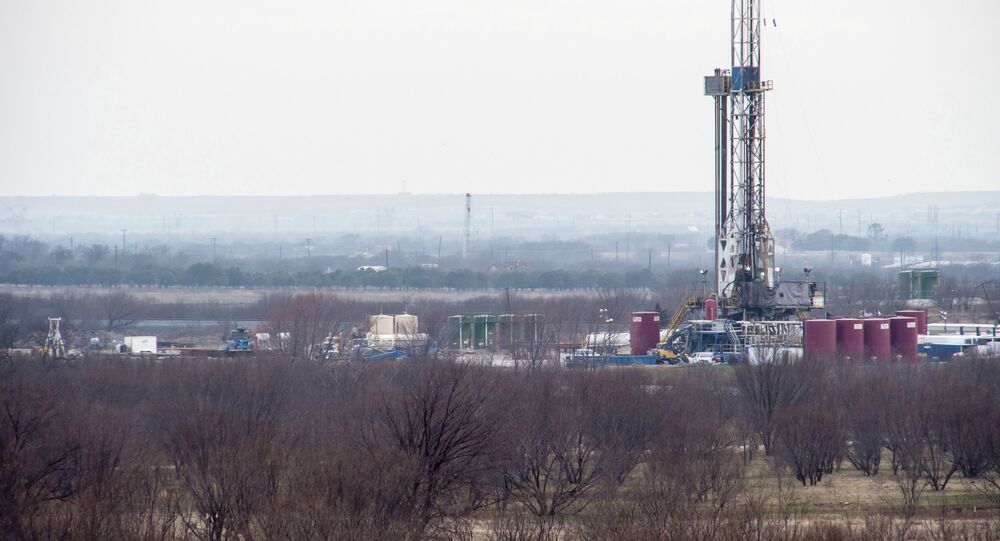 Director of Public Works in Ponder, Texas, Gary Morris says that water quality and quantity has not been affected by hundreds of fracking wells in and around the town, but residents complain of air quality from fracking operations.

WASHINGTON (Sputnik) — Water quality and quantity has not been affected by hundreds of fracking wells in and around Ponder, Texas, but residents complain of air quality from fracking operations, the town’s Director of Public Works Gary Morris told Sputnik on Friday.

“Ponder itself has not had an issue with drinking water,” Morris said. “Most of the complaints we hear are air quality and noise.”

On Thursday, the US Environmental Protection Agency issued a draft of a four-year study that found fracking can impact drinking water but the impact is not widespread or systemic. The report also found instances of local impact on water quantity and quality as a result of spills and accidents.

© AP Photo / LM Otero
All in How You Phrase it: EPA Claims Fracking Doesn’t Cause 'Widespread' Pollution, Experts Cry Foul
Morris noted that annual tests of water from wells in Ponder indicate the quality is within US federal safety standards.

Water levels in the aquifers in Ponder remain steady, Morris said, adding the oil and gas companies do not use water from the city and prefer to lease wells nearby.

While water quality has so far remained uncontaminated, Morris cautioned fracking is done by humans and they can make mistakes.

The practice of fracking in Ponder has led to a drop in real-estate prices and complaints of health issues from air pollution, according to media reports.

Fracking injects high-pressure water, sand and chemicals into the underground shale formations to extract oil and natural gas. An average well uses of 1.5 million gallons of water and creates wastewater that must be disposed of.