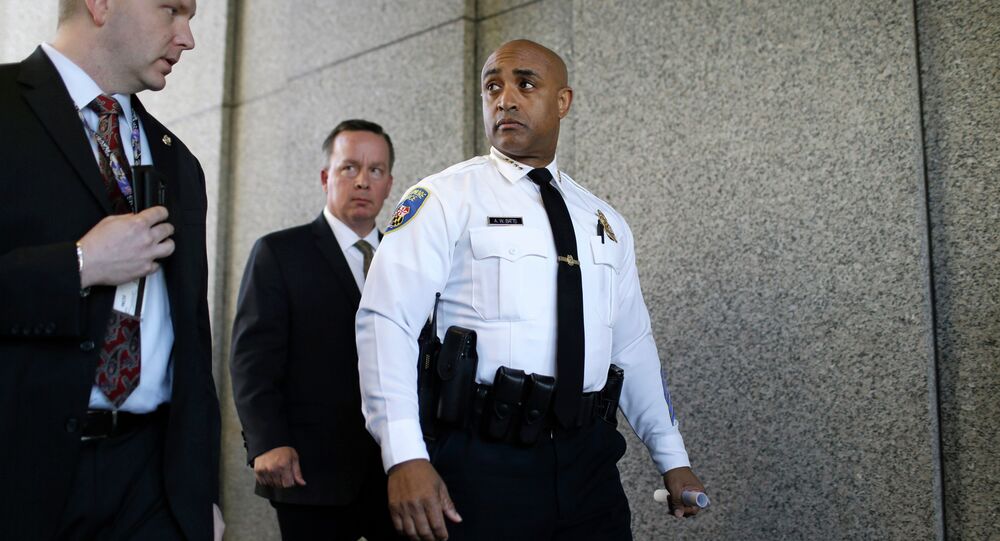 Baltimore Police Commissioner Anthony Batts announced on Wednesday that the department has requested assistance from federal agents and prosecutors to help stem what’s been an explosion in violent crime in the city since the death of Freddie Gray.

In the month of May, following the unrest over the death of Freddie Gray while in police custody, the city saw the highest murder rate since December 1971, with 43 recorded murders in the 31-day period.  There were also 106 recorded non-fatal shootings.

The record high number was reached the day after former Baltimore Mayor Martin O’Malley declared that he will be running for president in 2016, while claiming to have worked with others towards “making our city a safer, fairer, more just and more prosperous place.”

Commissioner Batts is blaming the violence partly on the fact that 27 pharmacies and two methadone clinics in the city have been broken into during and since the looting.  He stated that the increase of drugs on the streets has “thrown the city off-balance” and caused violence and turf wars between drug dealers.

“There’s enough narcotics on the streets of Baltimore to keep it intoxicated for a year,” Batts said in his statement on Wednesday.

While violent crime is surging, arrests are plummeting.  There were 1,177 people arrested in May of this year, compared to 3,801 in May of last year. Batts has stated that the department is currently “in a stage of frustration and anger” over the unrest and the six officers being charged by state attorney Marilyn Mosby for Freddie Gray’s death.

Baltimore police also released new statistics on Wednesday regarding how many officers have been fired for misconduct since Batts became commissioner in September 2012.  The department currently claims that there have been 72 officers with “forced separations from the agency.”

The numbers they gave previously were significantly lower, claiming the number was 25 in March, then in April boosting it to 50.