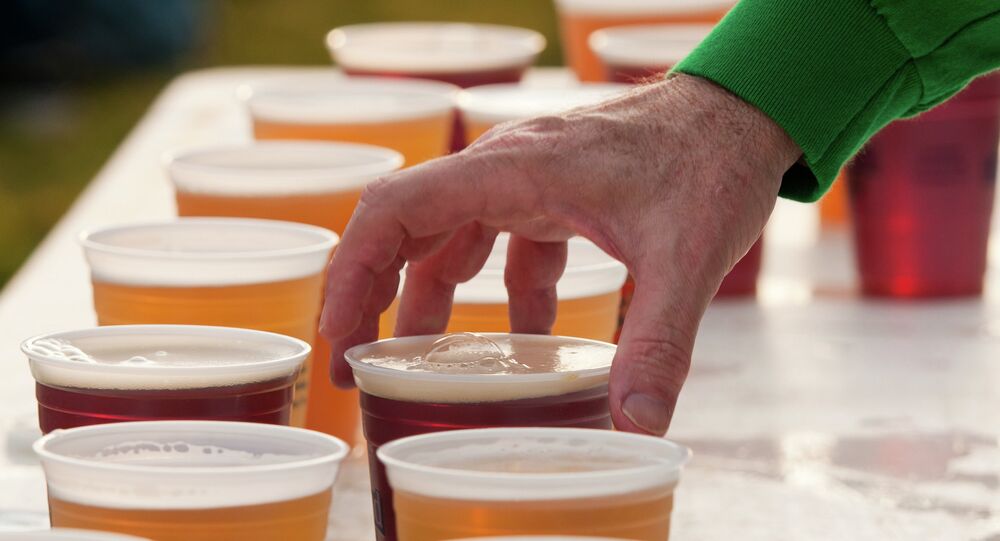 A recent government survey reveals that the number of Americans with drinking problems has increased in recent years, with almost one in three respondents saying they’ve abused alcohol at some point in their lives.

© Flickr / traveljunction
Bottoms Up! Is Your Job Driving You to Drink?
The new study, conducted by the National Institute on Alcohol Abuse and Alcoholism (NIAAA), provides a countrywide estimate on "alcohol use disorder." The term may not sound all that familiar, but that’s only because it’s relatively new. It first appeared in 2013 in the revised DSM-5 – a widely used psychiatric guidebook that basically sets the standard for any and all mental illnesses.

In the new edition, the DSM-5 did away with two distinct alcohol disorders – "alcohol abuse" and "alcohol dependence" – and combined them to form the alcohol use disorder. The new definition identifies problem drinkers as those with at least two of 11 symptoms that include alcohol cravings and frequent hangovers.

Using the new term, NIAAA researchers studied polls conducted with 36,309 American adults between 2012 and 2013 in which they were asked about their current and past drinking habits. The results, which were published in the journal JAMA Psychiatry on Wednesday, revealed some surprising findings about alcohol abuse across the nation.

About 30% of Americans have at some point in their lives qualified as problem drinkers – that’s 68 million. A further 14% — 33 million – were current or very recent alcohol abusers. The results are even more alarming when compared to the agency’s 2001-02 survey.  Controlling for the different definitions, the researchers found that the lifetime prevalence of alcohol abuse has gone up by four percent and the rate of current or very recent abuse has gone up a full 14%.

The survey additionally broke down the numbers to identify who is more likely to have drinking problems.

According to the results, Native Americans face the highest risk of problem drinking, with 19.2% reporting symptoms of alcohol use disorder in the last year and nearly half, at 43.4%, saying they’ve displayed symptoms at some point in their lives.

Men are also much more likely to demonstrate alcohol use disorder than women, with 36% saying they were problem drinkers compared to 22.7% of women. Drinking problems appear to be much more prevalent among young Americans, especially in the 18-29 age range. In this case, the findings align with other studies that show Americans are starting to drink much earlier in their lives than in recent years.

Dr. George Koob, director of the NIAAA, says this is a result of the “stigma and denial” associated with drinking problems. Additionally, alcohol abusers are often unaware of their problem, and are usually hesitant to do anything because they’re not fully educated on the kind of help available to them.

"Most importantly," the study concludes, "this study highlighted the urgency of educating the public and policymakers about alcohol use disorder and its treatments, destigmatizing the disorder, and encouraging among those who cannot reduce their alcohol consumption on their own, despite substantial harm to themselves and others, to seek treatment."