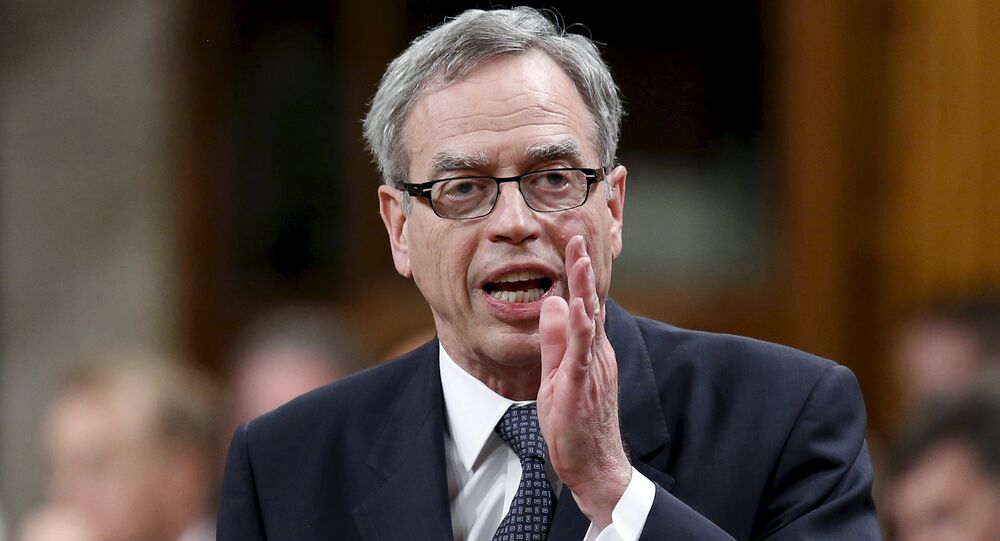 Western European countries that do business with Canada are experiencing economic fallout from anti-Russian sanctions that, in turn, has a negative effect on the Canadian economy, Canadian Finance Minister Joe Oliver said.

According to Oliver, Western European countries that do business with Canada are experiencing economic fallout from the sanctions imposed by the US and the European Union.

That, in turn, reaches across the Atlantic because when the growth of the EU economy slows down, it also has a negative effect on the Canadian economy, he said.

"I think most European countries would acknowledge there has been some economic impact on Europe from these sanctions," Oliver said.

"The impact is a little more indirect, but when you have the largest economy in the world — $17 trillion in GDP — growing more slowly, then it affects our trade and we trade with all the European countries," he pointed out.

Relations between Russia and the West deteriorated over the Ukrainian crisis. The European Union, the United Stated and some other Western countries introduced several rounds of economic sanctions against Russia in 2014 over Moscow's alleged involvement in the conflict in eastern Ukraine. Russia denies having any role in the Ukrainian conflict and has repeatedly called for a political resolution to the hostilities in the country.

In response to the sanctions, Russia imposed a ban on food imports from the US, EU countries, Canada, Australia and Norway.