After raising nearly half a billion dollars for emergency disaster relief after the 2010 Haitian earthquake - including $170 million earmarked for 'shelter relief' - the American Red Cross has built a grand total of six houses, according to a new report.

An investigation by Propublica and NPR has shown a pattern of highly inefficient spending, management troubles, and a lack of local expertise which has resulted in very little concrete relief to the people of Haiti, despite massive outpouring of donations to one of the US' most prominent charities.

One major barrier to effective relief has been a reliance on foreigners who came to the country with little or no knowledge of local culture or language, while dismissing or disparaging Haitians, the report finds. Though the American Red Cross (ARC) says that 90% of the employees in the Haiti program are Haitians, they would not provide a breakdown of nationalities in top positions, and the Propublica investigation found very few made it to top slots.

© AP Photo / Esteban Felix
The American Red Cross claims to have provided homes to 130,000 Haitians crumble under scrutiny, as that number includes people "trained in proper construction techniques," those in temporary shelters, or people who received rental assistance, according to a Propublica/NPR report.

"The implication that talented, smart, competent Haitians cannot be found in Haiti has to be dispelled, if we are going to give Haitians a chance to be part of rebuilding Haiti," read a 2011 memo from Judith St. Fort, then-director of the Haiti program, that described the disparaging attitudes of senior ARC managers towards Haitian employees.

Those foreign workers were also more costly — potentially up to $100,000 more a year — than Haitian employees.

Despite Red Cross CEO Gail McGovern's own promise to "share the way we are spending our dollars," the ARC has so far not even disclosed what percentage of its revenues go to overhead. That percentage is considered by charity watchdogs to be an essential measure of a charity's trustworthiness and commitment to its cause rather than to its executives' paychecks.

Even outside of big picture numbers like overhead the ARC "has declined repeated requests to disclose the specific projects, to explain how much money went to each or to say what the results of each project were," Propublica reports.

The lack of transparency makes evaluating the Red Cross’ grand claims difficult, but some were clearly exaggerated or spun.

© Flickr / News Oresund
Careful Where You Give: More Than Half of NY Charitable Donations Go to For-Profit Telemarketers

For example, the Red Cross says it has provided homes to more than 130,000 people, but that included people who were just "trained in proper construction techniques," people who ended up in temporary shelters, or people who got rental assistance for a short period. Only six permanent homes have been entirely completed by the Red Cross in Haiti.

Red Cross officials like McGovern have repeatedly claimed that "Millions of Haitians are safer, healthier, more resilient, and better prepared" and that the ARC has helped "more than 4.5 million" Haitians.

But Jean-Max Bellerive, the Prime Minister of Haiti when the quake struck, finds those claims dubious when applied to a country with only 10 million people in total.

"No, no," Bellerive told Propublica, reacting to the Red Cross’ numbers. "It’s not possible."

Though the Red Cross blames the poor result of the housing project on difficulties navigating Haiti's land laws, others say it all came down to a lack of expertise in the region, and a wasteful reliance on subcontractors, with each layer taking another bite out of donations for administrative costs.

One former head of the Haiti shelter program for the ARC, Lee Malany, told Propublica that officials in Washington just didn't seem to know how to spend the money they'd raised.

"When I walked out of that meeting I looked at the people that I was working with and said, 'You know this is very disconcerting, this is depressing,'" said Malany, who later resigned.

"I said there’s no reason for me to stay here. I got on the plane and left."

91 Cents on The Dollar? Not Quite

According to charity watchdogs, an average charity would spend 75% of its funds on its cause, and going by that measure, the Red Cross' claims to efficient funding look great.

"Minus the 9 cents overhead, 91 cents on the dollar will be going to Haiti. And I give you my word and my commitment, I’m banking my integrity, my own personal sense of integrity on that statement," McGovern told CBS news a few months after the quake. 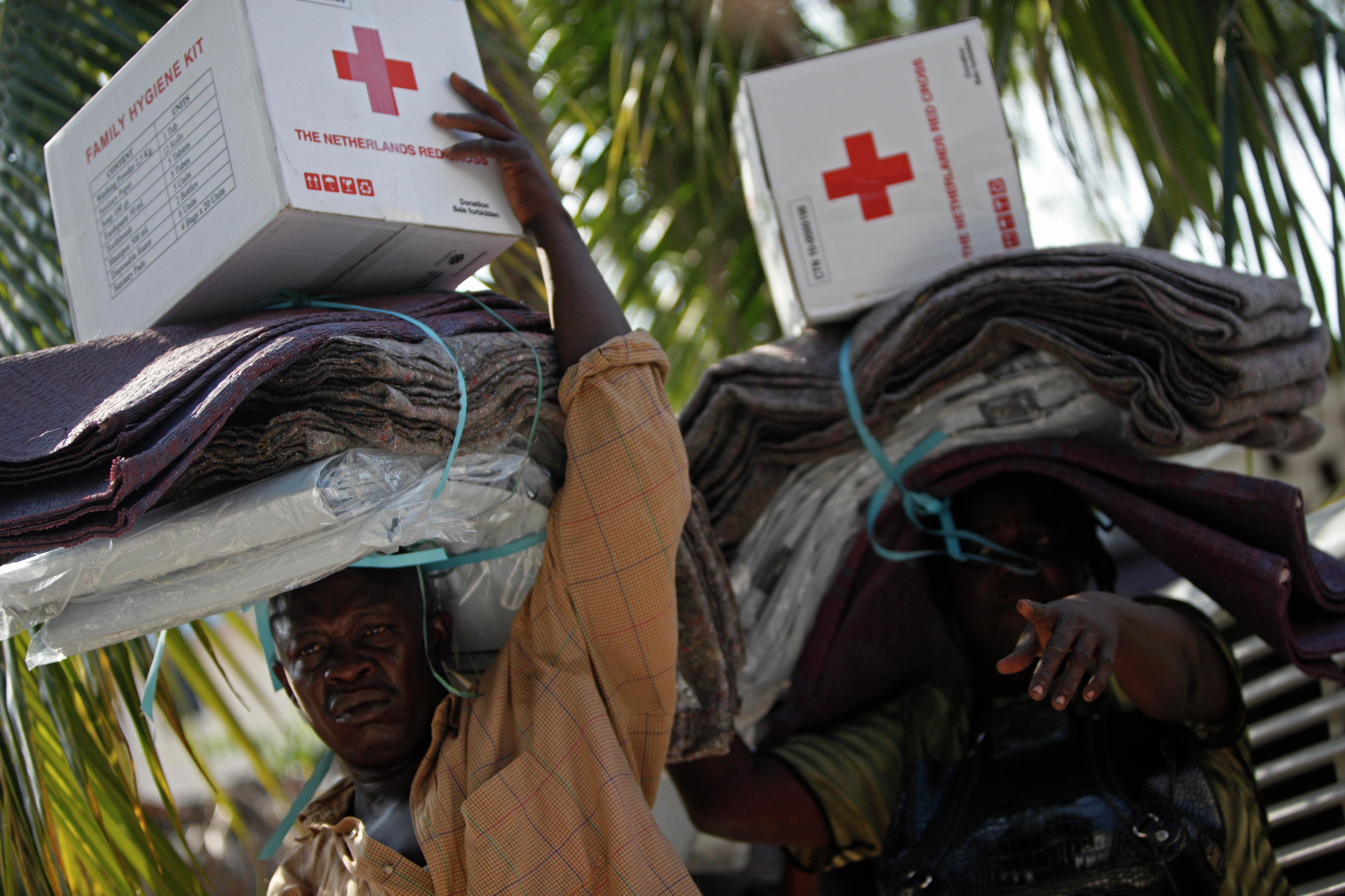 © AP Photo / Esteban Felix
The problem of The American Red Cross' missing money is "a cycle of overhead," says Jonathan Katz, an Associated Press reporter who tracked post-disaster spending in Haiti. "It was always going to be the American Red Cross taking a 9 percent cut, re-granting to another group, which would take out their cut."

Unfortunately, many other subcontracted groups would then take their own chunk out of that 91 cents per dollar for administrative overhead. In one example, when the ARC sent the International Federation of the Red Cross $6 million for a particular project, the IRFC then took an additional 26% of that in overhead.

In another $5.4 million project for housing improvement, Propublica found that the figure that went directly to the work was closer to 60 cents on the dollar.

Even factoring in the various sub-layers of administrative costs, Bellerive said he still didn't understand where all the money went.