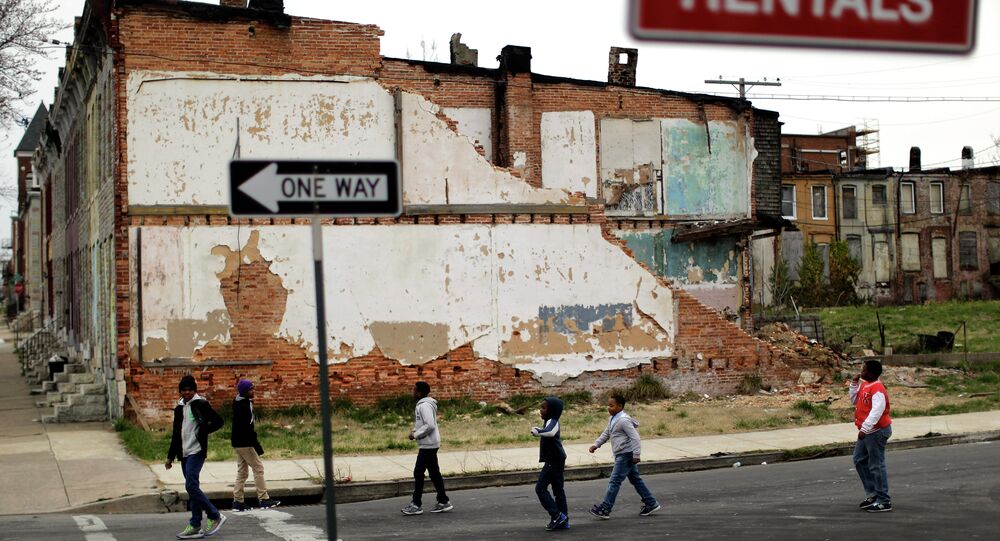 A local organization that aids incarcerated women and those facing abuse on the street said that the wretched conditions and inadequate healthcare in Baltimore’s jail reflect the dire socio-economic situation on the city’s streets and particularly impacts vulnerable women.

WASHINGTON (Sputnik) — The wretched conditions and inadequate healthcare in Baltimore’s jail reflect the dire socio-economic situation on the city’s streets and particularly impacts vulnerable women, the director of Power Inside, a local organization that aids incarcerated women and those facing abuse on the street, told Sputnik.

“There is no way to have a city jail like the Baltimore City Detention Center without expecting the health conditions to be walking in the door,” Jacqueline Robarge told Sputnik on Tuesday.

Robarge noted the conditions in the jail reflect “health disparities and things that are really prevalent in poor communities or people who have limited access to healthcare.”

© AP Photo / Patrick Semansky
Lawmakers Announce US Government to Assist in Repairing City of Baltimore
On Tuesday, the American Civil Liberties Union announced it filed a court motion to reopen a 2007 case due to Baltimore jail’s failure to implement the health and safety standards agreed to with the state of Maryland and Baltimore City.

Lack of medical care, mental services and sanitary conditions endanger the health and safety of detainees. Up the seven detainees may have died in two and half years as a result of insufficient health care, according to the ACLU.

Robarge stated the ACLU findings come as little surprise and reflect the socio-economic and racial disparities in the city, which are compounded for vulnerable women and the homeless.

The big picture, Robarge said, is that the same issues facing women in jail — inadequate care, inadequate housing and inadequate support — are prevalent when they get out of jail.

Women are particularly vulnerable to abuse and rape, both on the streets and in the jail, including by correctional officers, she said.

“We track female abuse into jail, either through coping mechanisms with illicit drugs and alcohol or defending themselves in domestic violence situation and because of the social neglect they come in with a host of mental and health conditions,” Robarge said.

The Baltimore City Detention Center gained widespread media attention in 2013 after authorities busted a corruption and racketeering scheme in which a gang leader was able to deal drugs and impregnate four female correctional guards.