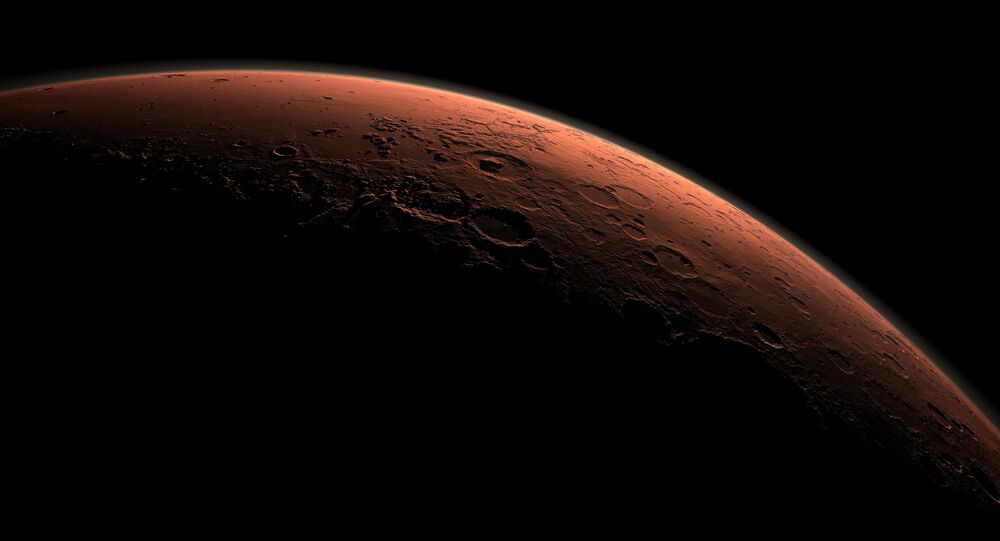 As NASA begins laying the foundations for a future mission to Mars, the Agency wants to use its partnership with a rocket and missile propulsion manufacturer to cut travel time to the Red Planet in half.

© AP Photo / Damian Dovarganes
Destination Mars? NASA’s Flying Saucer May be the Ticket
The California-based Aerojet Rocketdyne has teamed up with NASA several times in the past, starting in 1976 when it helped the space agency deliver the Mars Viking landers. Now it seems the company’s groundbreaking work on propulsion systems will forward NASA’s mission of sending humans to Mars.

During a visit to the company’s facilities in Canoga Park, California, NASA administrator Charlie Bolden stressed the need for the latest and most advanced propulsion technologies in getting astronauts to Mars. He also reiterated NASA’s hope to slash the future mission’s travel time.

"Right now, it’s about an eight-month mission," he told reporters at the facility. "We’d like to cut that in half."

Bolden discussed the possibility with Aerojet Rocketdyne President Scott Seymour and Vice President of Advanced Space and Launch Systems Julie Van Kleeck, the three of them focusing primarily on the potential of superfast propulsion technology.

NASA officials have stressed the value of the technology, as it would help limit astronauts’ exposure to radiation and reduce the amount of food and water the mission would require.

"We’re now trying to get to higher levels," Seymour said, referring to the engines his company is building for NASA’s robotic missions. "Fifteen kilowatts would be the next step, and then to cluster them together…then, in the long term, 50 to 100 kilowatts."

"The limiting power of this type of propulsion has been the power to drive it," Bolden added.

"Aerojet Rocketdyne has partnered with different entities around the country in looking [at] how to get more energy density into a solar cell. The more power we can get, the larger we can make the engine and its capability."

The trio also discussed more advanced space propulsion systems, including nuclear rockets, such as the Nuclear Engine for Rocket Vehicle Performance (NERVA), a system studied by NASA decades ago.

"This country did a lot of work on that back in the 1960s and 1970s, and there is some technology being looked at regarding the fuels aspects of that, to make it lower cost and safer for the future," Van Kleeck noted.

Bolden also took the opportunity to emphasize the need for investing more into these advanced space systems, calling them potential "game changers" for more than just the mission to Mars.

"You’ve got to be specific," he said. "If I say I want game-changing in-space propulsion, everyone will go back to [the idea of] moving cargo. I want industry to focus on getting people to move really fast. I think we can do far better than we are doing today, but we’ve got to show our commitment by putting some money into it."