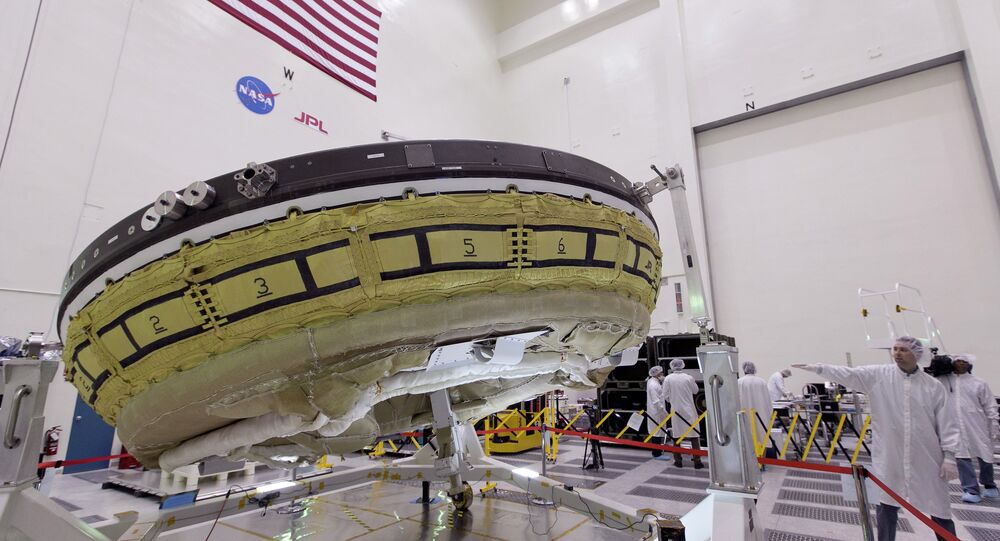 NASA will conduct a test of its revolutionary “flying saucer” technology on Tuesday, with the agency’s scientists expecting to make a breakthrough for future missions to Mars.

The test will see NASA’s Low-Density Supersonic Decelerator (LDSD) launch from the Pacific Missile Range Facility on the Hawaiian island of Kauai at 1:30 PM local time on Tuesday, before returning to Earth roughly two hours later.

The ambitious launch will include a 7,000-pound saucer-shaped vehicle and a massive balloon. The balloon, roughly the size of three football fields, will carry the saucer up 120,000 feet during the first part of the test.

The flying saucer will then be released as a booster lifts it to an even higher altitude of 180,000 feet. NASA scientists believe the saucer’s success in reaching that altitude will mark a breakthrough for future missions to Mars.

"We go that high altitude because it simulates the atmospheric conditions on Mars," Steve Jurczyk from NASA’s space technology mission directorate told Fox News. "Mars has a very thin atmosphere."

As it reaches altitude, the vehicle will travel at supersonic speed. In fact, the saucer is expected to travel at three times the speed of sound. Once it reaches its target altitude, an airbag will inflate around the vehicle to give it a gentle descent back to the Earth’s ocean.

"The airbag helps it slow down by adding more area and drag," Jurczyk explained. "Then we deploy a supersonic parachute about 100 feet in diameter."

Since it will be slowed down by the airbag and parachute, the vehicle will land roughly 2 hours and fifteen minutes later in the Pacific Ocean near Hawaii.

NASA’s LDSD project aims to develop landing vehicles for future Mars projects. The agency’s current space technology has allowed it to land about 2,200 pounds on the Red Planet’s surface, but if this test is successful, it hopes to double that number.

"With this LDSD technology, we hope to land about five metric tonnes, that will enable more capable robotic missions."Jurczyk said.

Tuesday’s test will be the second for NASA’s LDSD. The first was conducted last year, also in Hawaii, and was deemed a success by engineers, although the vehicle’s parachute failed to deploy properly.