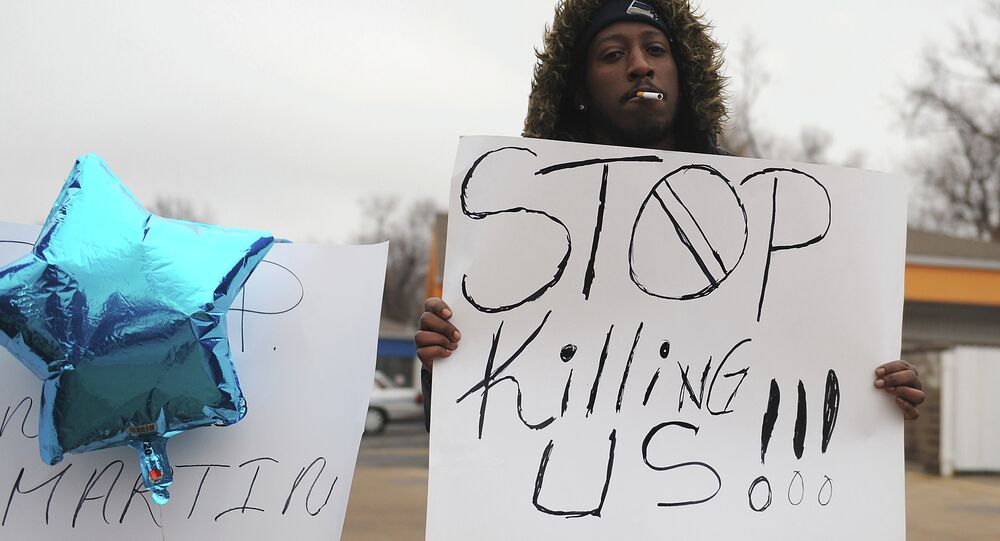 © AP Photo / Matt Rourke
Four Black US Parole Officers Suing White Officers Over Racism
MOSCOW (Sputnik) — US police are twice as likely to kill unarmed black citizens as they are likely to kill white people, an investigation revealed on Monday.

The research, carried out by The Guardian, found that in 102 out of a total of 464 incidents registered in 2015, people killed by the US police were unarmed.

Among a total number of those killed by police, 29 percent were black US citizens, which shows how disproportionately fatal incidents involving black people falling victim to US police occur. Black people make up 13 percent of the total US population, according to the US census bureau.

© Flickr / ADL999
New NYPD Training Rules Target Racism, Sexism
The end of 2014 and the beginning of 2015 were marked by nationwide protests against police racial profiling in the US after a string of killings of predominantly unarmed black US citizens by white officers.

Well-documented civil unrest broke out over a case in Ferguson, Missouri, late 2014 after a jury chose not to indict a white officer who shot and killed an unarmed black teenager.

The most recent unrest took place in Ohio about a week ago, when Cleveland police arrested 71 people during a day of violent protest after a white officer was acquitted of wrongdoing in his killing of an unarmed black couple in 2012.