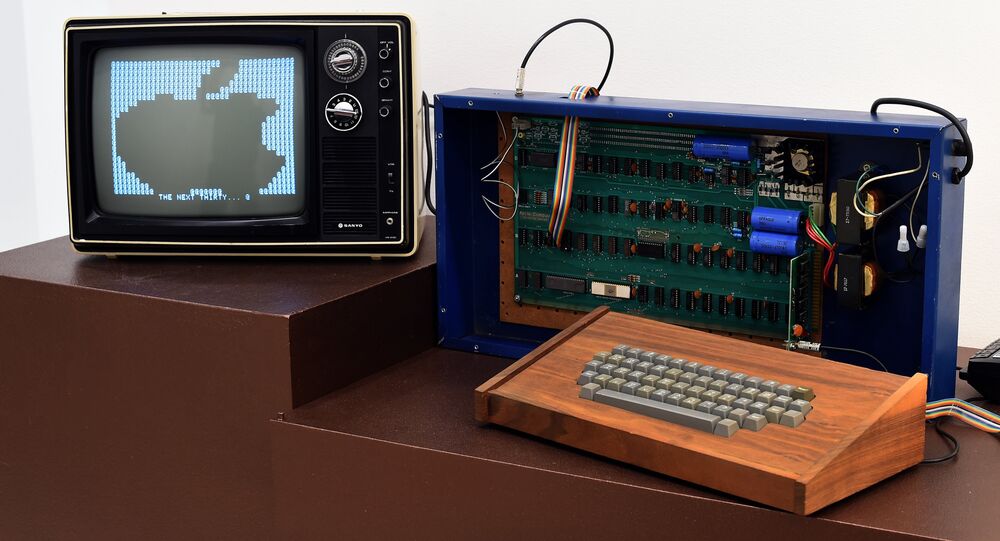 The search is on for a woman who dropped off junk to a California recycling center, including a vintage Apple computer worth $200,000.

© AP Photo / Richard Shotwell
Apple Co-Founder Wozniak: Edward Snowden Sacrificed His Life for His Country
The owners of a recycling firm in California are searching for a woman who dropped off boxes of junk to their center, one of which contained a vintage Apple I computer from 1976, one of only around 200 models which were produced.

After cleaning out her garage of electronics belonging to her late husband, the women brought the boxes to the Clean Bay Area recycling center in South Bay, Los Angeles.

© AP Photo / Mel Evans
IBM Teams with Apple on Artificial Intelligence Health Program
Clean Bay Area's Vice President Victor Gichun told the press on Saturday that the woman dropped off two boxes of computer electronics on a Friday evening just before closing time, telling him, "I want to get rid of this stuff and clean up my garage."

The women didn't want a tax receipt, nor did she leave her contact information.

A few weeks later, going through the boxes, staff at the recycling firm made the discovery.

"We really couldn't believe our eyes. We thought it was fake," said Gichun.

The computer is one of only around 200 models of the Apple I computer, made by Steve Jobs, Steve Wozniak and Ron Wayne in 1976. The computer is the first model put together by the trio in their garage.

"We are looking for her to give her $100,000," explains Gichun, and entreated her to come back to the recycling center to collect her check.