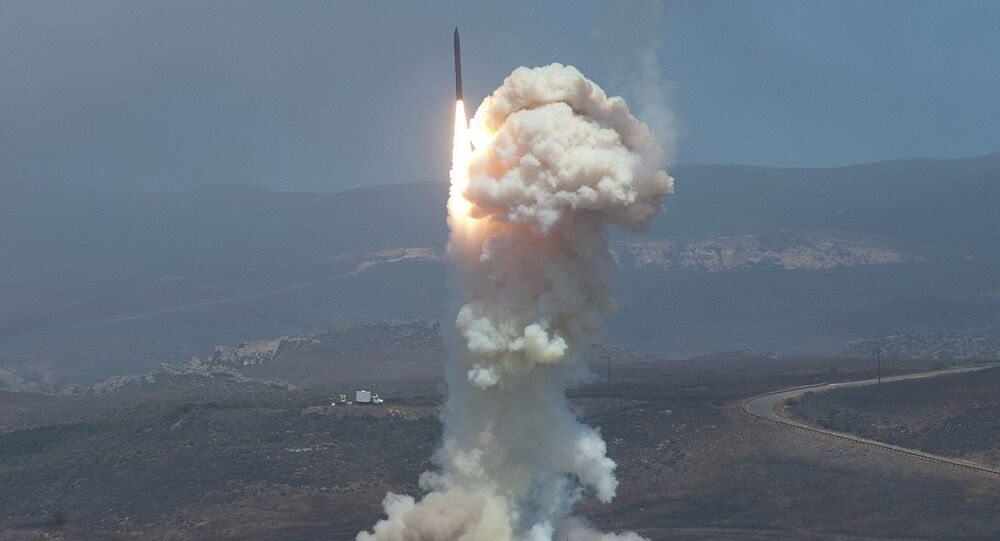 Despite being warned about the system's flaws, the Pentagon has pushed ahead with its plans to deploy 44 of its anti-missile interceptors by the end of 2017.

© Flickr / Birdie Jaworski
US Army Successfully Intercepts Missile During New ICBS Defense System Test
The anti-missile equipment intended to defend against a nuclear attack from a nuclear power such as North Korea suffers from a range of defects, including defective divert thrusters (the motors used to steer the missile into a correct flight path) and faulty soldering, according to a report published earlier this month by the Government Accountability Office [GAO].

The US Ground-based Midcourse Defense system [GMD] is comprised of radar for intercepting incoming warheads and ground-based interceptor missiles, which are fired from underground silos located at Fort Greely, Alaska, and Vandenberg Air Force Base, California.

The GMD program experienced a number of setbacks in fiscal year 2014 that increased risks to the program’s goal, according to the May 6 report, which reads:

"An assessment conducted by the Defense Contract Management Agency found that any deviation from the program’s kill vehicle delivery schedule of one kill vehicle per month could jeopardize the program’s chances of meeting its goal of fielding 44 interceptors by 2017."

As a result, the report found that all 33 of the interceptors currently deployed as part of the system have the faulty thruster. Despite the "known performance issues," the eight additional interceptors that will be deployed this year will also have the same faulty component.

© AP Photo / Lockheed Martin
US THAAD Missile Sale to S Korea Not in the Pipeline - Officials
In addition to the motor issue, at least ten of the interceptors suffer from faulty soldering, due to the use of an improper soldering application by a supplier during wire harness assembly, which could later cause corrosion.

The improper soldering, "which could have far reaching effects because of the component’s power and data interfaces with the kill vehicle’s IMU," was assessed by the Missile Defense Agency, but the MDA decided to accept the faulty component in an effort to mitigate the delays in deploying the interceptors, a decision which "increased the risk for future reliability failures."

The GMD program was first ordered by President Bush in 2002 and is designed to defend against a nuclear attack launched by a country with a limited nuclear arsenal such as North Korea or Iran, or a terrorist attack.

Costing more than $40 billion to date, the program was rushed through the testing process and into operation, which exempted it from the Pentagon's standard testing procedure. In about half of the tests carried out to date using the GMD, the interceptors have failed to hit the mock enemy warheads they were aiming for.