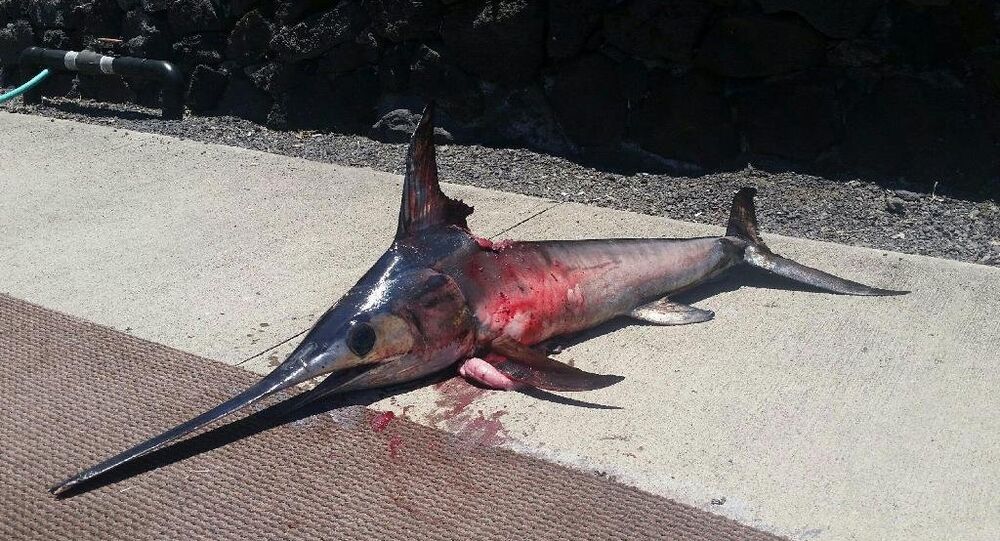 A swordfish killed a Hawaii man on Friday during a fishing accident in Kailua-Kona.

At about 10:48 a.m., police received a call about a swordfish being spotted in Honokohau Harbor and a man jumping into the water with a spear gun. Randy Llanes, 47, was then seen being punctured in the chest by the sword fish, which measured about 3 feet long and weighed approximately 40 pounds.

© Photo : https://www.youtube.com/channel/UCbFubhk4TNWNU1DRfWkYXkg
Unpredictable Wildlife: Mother Bear Chases Tourists in US National Park
The Hawaii County Fire Department responded and attempted CPR on Llanes before transporting him to Kona Community Hospital, where he was pronounced dead at around 11:30 a.m.

According to Acting Sgt. David Matsushima of the Kona patrol, “the fish got wrapped around a mooring anchor, came back and swam at him [Llanes].”

Llanes’s friend Dale Leverone called him “just a great local boy. A good attitude, good person, a help-anybody kind of guy. He had a heck of a lot of friends. It’s pretty sad, pretty tragic.
“Randy has been fishing all his life. He’s a pretty accomplished fisherman. He actually caught a 500-pound marlin yesterday out of his skiff.”

Leverone also said Llanes leaves behind a wife, whom he married a few years ago, and a son who is about 5-years-old.

It’s rare for a swordfish to swim in shallow waters similar to those where Llanes was killed, but Dr. Andrew Rossiter, director of the Waikiki Aquarium, provides some explanations.