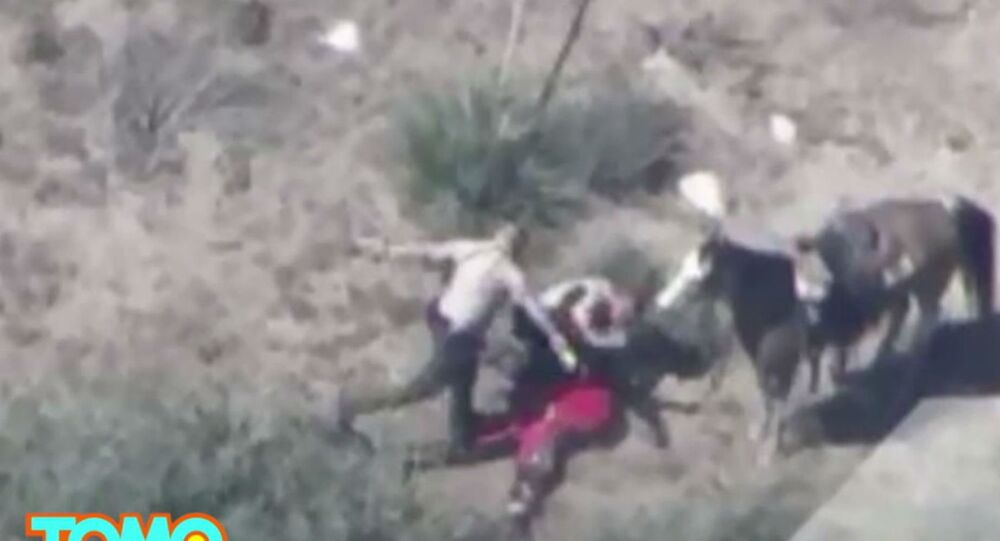 Francis Pusok, the 30-year-old man who received a 650K settlement after he was severely beaten by a mob of police has been charged with 14 crimes, some of which are felonies, after a evading police on horseback in April.

Pusok’s attorneys, James Terrell and Sharon Brunner, are calling the charges filed in San Bernadino County Court retaliatory and unjust — after his beating that was caught on camera gained global attention.

The criminal complaint includes charges such as grand theft of livestock, animal cruelty, evading a police officer, and reckless driving.

The incident took place after officers arrived at his home to serve an arrest warrant related to a identity theft case.  Pusok initially fled in a vehicle, but ditched it and stole a horse, leading police on a chase through the rugged rural terrain.  The chase lasted approximately three hours.

When police finally caught up to him, Pusok appeared to surrender, as the officers began severely beating him- punching him 37 times, kicking him 17 times, and hitting him with batons four times — over the course of two minutes.  Pusok was then left laying in the dirt for 45 minutes before receiving any medical treatment.  The entire incident was captured on camera from a news helicopter flying overhead.

Ten of the officers involved in the beating were placed on paid administrative leave pending investigations by the department as well as the FBI.  The department acknowledged no wrong-doing in agreeing to the $650,000 settlement.