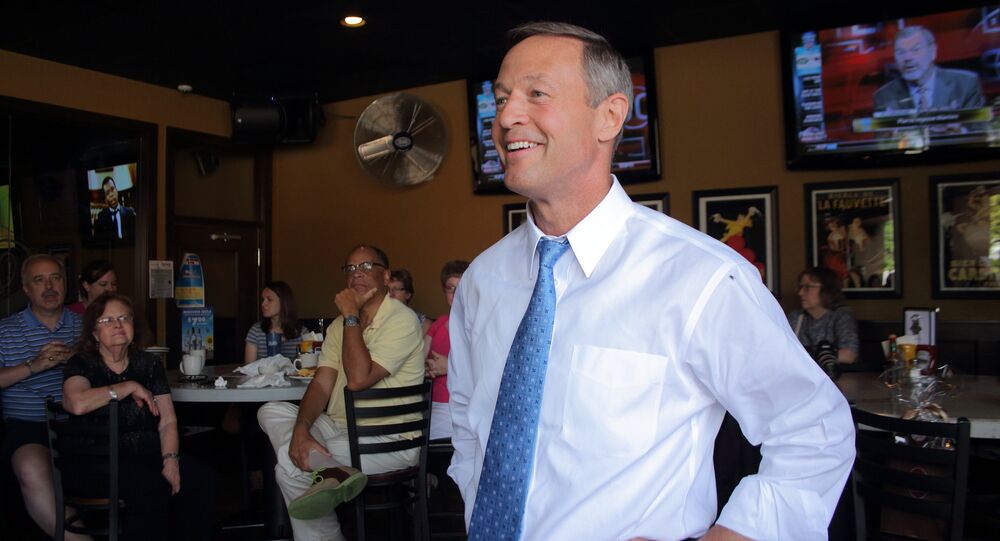 WASHINGTON, May 28 (Sputnik) — The new PAC will be run by O'Doherty and former O’Malley spokesman Ron Boehmer.

Its finance director is Susan Smith, a former aide to US Senator from Maryland Barbara Mikulski. All three figures are veterans of the Democratic Party in Maryland.

“[It is] time to pass the torch,” O’Doherty said on Thursday.

“We cannot choose to go back to the politics of the twentieth century. We need new leadership for the twenty-first century.”

© AP Photo / Carolyn Kaster
Clinton Foundation Makes New $26.4Mln Financial Disclosure
Super PACs are PACs that are not allowed to make contributions to candidate campaigns or parties, but can participate in unlimited political spending independent of the campaigns. They are legally permitted to raise money from individuals, corporations, union and other groups with no legal limit on donation size.

Generation Forward plans to run advertising soon in early primary states while also hiring staff members for field organizing, digital outreach, and social media, according to media reports, but the group’s organizers plan to support O’Malley’s opponents too in the future.

“Generation Forward is about more than any one campaign,” Boehmer was quoted as saying by media reports.

O’Malley served as Maryland governor from 2007 to 2015, winning two consecutive terms of office. Previously, he served as Mayor of Baltimore from 1999 to 2007.

Potential US Presidential Candidates in 2016

Potential Candidate Says Presidency Is No Family “Crown” To Pass Down