On May 11, Kaitlyn Christine Lyons found her boyfriend, a recovering alcoholic, laying in bed drunk with a large knife. The St. Augustine, Florida man was threatening to hurt himself after losing his job and falling off the wagon on his sobriety.

Familiar with Florida’s Baker Act, which allows for the involuntary hospitalization of people during mental health crises, Lyons dialed a non-emergency number for the local police in an attempt to get her boyfriend, Justin Way, to the hospital for help.  She explained to them that she did not feel threatened and that the only person he wanted to hurt was himself.

“The only person Justin threatened was himself and I honestly don’t think he wanted to die,” Lyons told the Daily Beast. 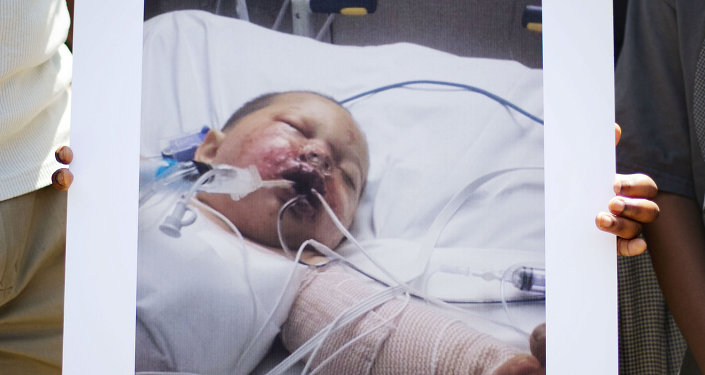 Almost immediately, two sheriff's deputies from St. Johns County arrived at the home and told the concerned woman to wait outside as they entered the residence armed with assault rifles.

“I thought they were going into war,” Lyons described of their arrival and entrance into the home.

“They told Justin to drop the knife and he didn’t—so they shot him because ‘That’s what we do,’” Justin Way’s mother Denise Way told the Daily Beast, explaining that they described his death to her as a suicide-by-cop.

When asked why the department chose not to deploy tasers, Commander Chuck Mulligan explained that if one prong missed, the device would be ineffective and the officers could be left in a dangerous situation.  He failed to note that there are also chances of bullets missing the target, leaving them in the same situation.

In December, one of the officers involved in Way’s death, Deputy Kyle Braig, also killed 51-year-old Daniel Torres after he allegedly threatened the officer with a knife.

Jonas Carballosa, the second deputy involved in Way’s death, posted to Facebook: “Most people respect the badge. Everyone respects the gun.”

In August 2014 another Florida man, Jason Turk, filed a lawsuit against the police in Tampa after being shot in the face twice after his wife called the police for help when he had threatened suicide.

Many, if not most, police forces in the US do not have mandatory Crisis Intervention Training. A study released last year by the American Psychiatric Association found that CIT-trained officers “had sizable and persistent improvements in knowledge, diverse attitudes about mental illnesses and their treatments, self-efficacy for interacting with someone with psychosis or suicidality, social distance stigma, de-escalation skills and referral decisions.”