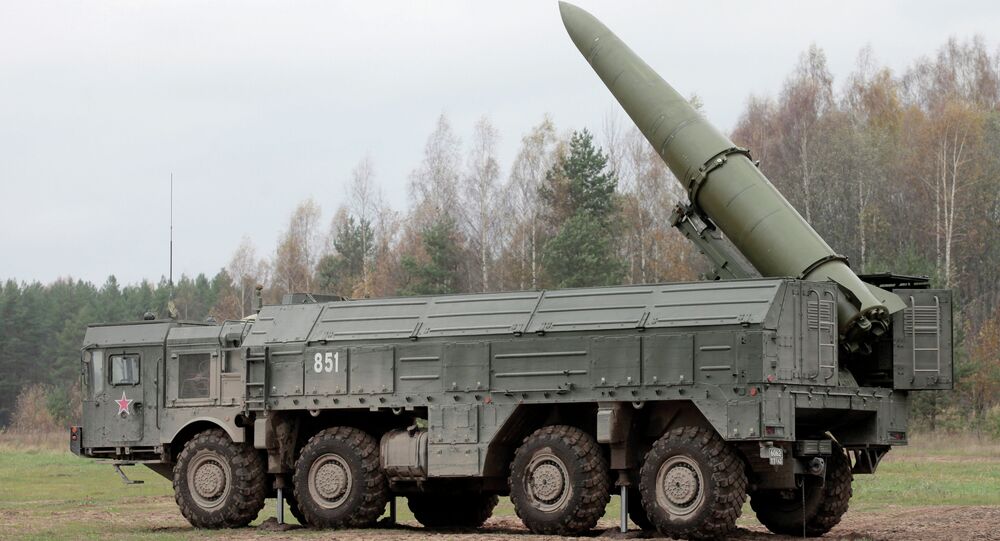 The deployment of Iskander-M missile complexes in Kaliningrad will “fundamentally change the balance of security in Europe,” NATO Secretary General Jens Stoltenberg said during a speech at the Washington-based Center for Strategic and International Studies on Wednesday.

© AP Photo / Rahmat Gul
Stoltenberg: NATO to Maintain Political Contact With Russia
Stoltenberg described Moscow’s actions as “unjustified, destabilizing and dangerous” while adding that the alliance did not wish to deepen its confrontation with Russia.

On Wednesday, Czech General Petr Pavel who will assume office of Chairman of the NATO Military Committee on June 1, 2015, said that Russia is capable of seizing the Baltic countries and the Ukrainian capital of Kiev within two days.

Major General Mikhail Matvievsky, chief of Strategic Missile Forces and the Artillery of the Russian Ground Forces, said earlier this month that a missile brigade redeployed to the Kaliningrad region would be equipped with Iskander-M complexes before 2018.