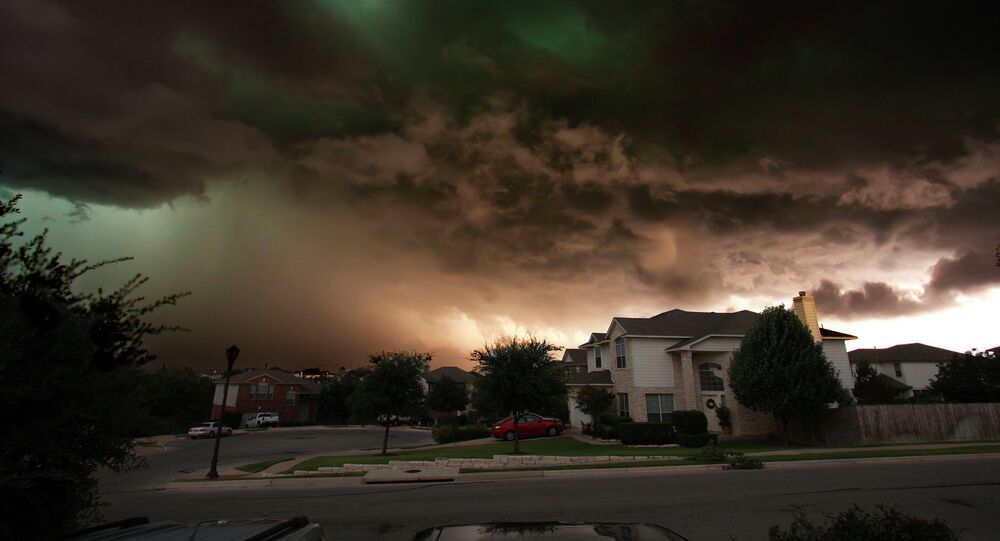 Floods in Mexico and US Result in 35 Deaths - Reports

A storm burst from Mexico to central United States has triggered severe floods that took the lives of 35 people, USA Today reports.

MOSCOW (Sputnik) – In Mexico, 14 storm-related deaths have been confirmed, the rest were reported in the United States – 17 in Texas and four in Oklahoma, the newspaper said on Wednesday.

Here's a great pic sent to us by a WeatherBug user from Cleveland, showing storm clouds over the city skyline today! pic.twitter.com/7Ernf4bDoH

"People, they just don't anticipate how deep that water really is. It looks like a couple of inches until you're into it too late," Houston Police Cpl. Kate Truhan said as quoted by USA Today on Wednesday.

"We try to warn people each time there is heavy rain, but they always think they can make it."

Texas has broken a 2004 record of rain, with an average of 7.54 inches having fallen over the state this month, according to USA Today.

Please be safe Houston — the storm is over us. Click here for your LIVE Houston radar view. http://t.co/Oz9myVo21A pic.twitter.com/U0iRVN3Tnq

Governor Greg Abbott, has declared 46 counties in central Texas as state disaster areas, the newspaper said, adding that scattered thunderstorms are expected in the areas for at least the next five days.

About 350 homes have been evacuated in northern Texas as the swollen Brazos River is expected to flood the area about 50 miles west of Fort Worth on Thursday, according to USA Today.

Cars Can Fly: Storm Tosses Truck Like a Feather