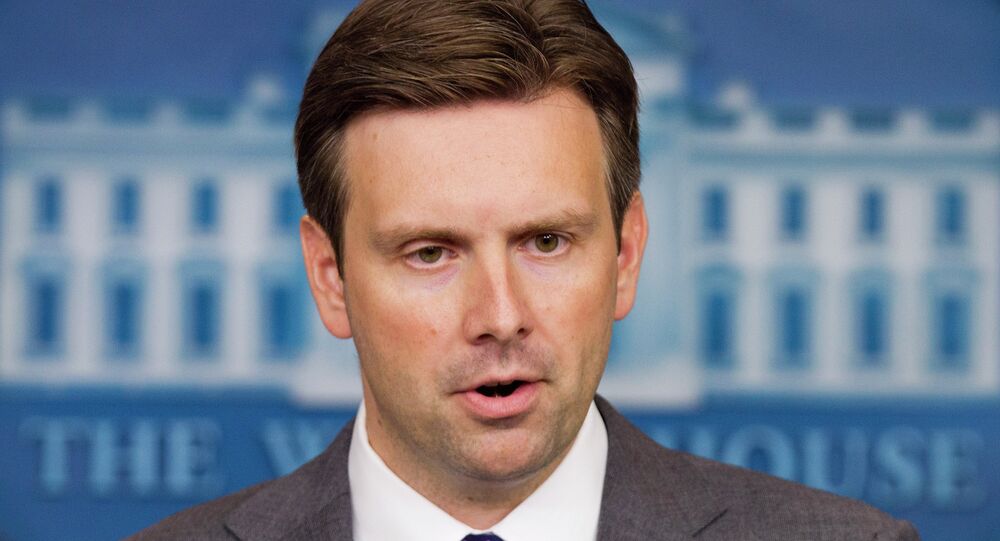 US Government Without ‘Plan B’ for NSA Data Collection Legislation

The administration of US President Barack Obama has no backup plan to implement in case the US Senate fails to pass the USA Freedom Act on time, White House Press Secretary Josh Earnest said in a press briefing.

WASHINGTON (Sputnik) — On May 7, a US federal appeals court ruled that the US National Security Agency’s (NSA) mass surveillance program exceeded the scope of what the US Congress had authorized under Section 215 of the Patriot Act.

The White House has been urging the US Congress to replace the Patriot Act with a new legislation, the USA Freedom Act, which represents a “reasonable compromise” by strengthening privacy while preserving essential authority for intelligence and law enforcement agencies.

“I am not aware of any sort of plan B that exists or that is currently being contemplated,” Earnest said on Tuesday, commenting on the US Senate’s delay to pass the USA Freedom Act.

© AFP 2021 / PAUL J. RICHARDS
US Senate Blocks Bill on NSA Domestic Surveillance Reform
Last Wednesday, the US House of Representatives approved the USA Freedom Act by a wide bipartisan margin of 338 to 88.

On Saturday, the Senate rejected legislation that would curb the data collection and failed to pass a measure to extend the program beyond its June 1 expiration date.

“If the Senate does not act, and if Congress has therefore not given our national security professionals the authorities they need to carry out these programs, then the programs will lapse,” Earnest warned.

The new legislation is needed to authorize domestic surveillance as the old legislative approval in the 2001 USA Patriot Act runs out at midnight on May 31, 2015.

Patriot Act May Expire Due to Disagreements in the US Senate