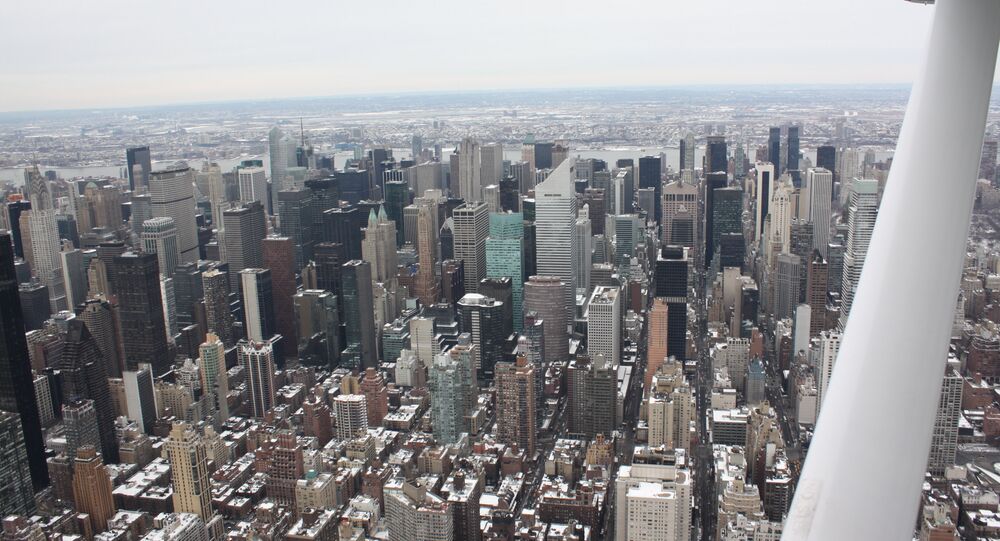 The US government has already faced heated criticism over its use of drones in the Middle East. But the airspace above Afghanistan and Yemen isn’t the only place inhabited by US surveillance aircraft. A new report suggests that the Department of Justice has dozens of airplanes and helicopters covertly patrolling the skies of American cities.

© Flickr / Vladimir Badikov
FBI Admits Using Surveillance Aircraft to Spy on Baltimore Protestors
In the wake of the Freddie Gray protests which erupted in Baltimore last month, Pete Cimbolic, an aviation enthusiast, began combing through city flight records. According to the Baltimore Sun, the first thing he noticed was a small Cessna 182 flying in unusually tight circles above the west side of the city, where much of the violence took place. He later noticed a larger jet following a similar flightpath, and a follow-up investigation by the Sun found that a third plane had hovered above the site of a clash between protesters and police.

These aircraft were – now admittedly – provided by the FBI for surveillance purposes.

The use of the aircraft was immediately criticized by civil rights groups, concerned with the idea of federal agencies monitoring citizens from above.

"These are not your parents’ surveillance aircraft," Jay Stanley, an analyst with the American Civil Liberties Union, told the Sun. "Today, planes can carry new surveillance technologies, like cellphone trackers and high-resolution cameras that can follow the movements of many people at once."

"These are not the kinds of things that law enforcement should be using in secret," he added.

But the secret flights extend beyond Baltimore. A new investigation by civil liberties activists has uncovered that the Justice Department maintains a fleet of 100 small aircraft and helicopters in major cities across the United States.

The proof lies in those mysterious flight paths. The same, tightly encircling patterns observed over Baltimore have also been detected in New York City, Minneapolis, Chicago, Dallas, Phoenix, and Seattle.

Some of the aircraft attached to these flight paths are directly registered with the Department of Justice. But most are officially owned by a slew of dummy corporations, like FVX Research, KQM Aviation, and OBR Leasing. By purchasing aircraft through front companies, federal agencies can maintain plausible deniability when confronted with allegation of aerial spying.

There have been a number of these flights observed in the last month, and while it’s impossible to uncover specifics about their operations, it’s possible that the aircraft are utilizing high-definition video technology known as ARGUS. That technology is "capable of capturing super-high-definition video of a 15-square mile area and automatically tracking all moving vehicles and people within that area," according to Stanley.

Documents obtained by the ACLU have also shown that ARGUS was tested by the police department of Dayton, Ohio as early as 2012. Flying above Sinclair Community College, aircraft were able to monitor and track a number of incidents on the ground without the consent of the observed.

While the dangers of privacy violation by drone use have been well-documented, ARGUS has flown beneath the radar of the Federal Aviation Administration because it relates to manned vehicles, rather than UAVs.

The Dayton test was able to successfully track a triple-robbery suspect, but for many, that’s a low reward considering the costs.

"There is no question that there are some crimes the police will solve if we allow our country to turn into a total surveillance state, but that is a bad tradeoff," Stanley writes. "The police here want to 'identify' illegal activity, which is fine, but not if that’s accomplished by watching all activity."