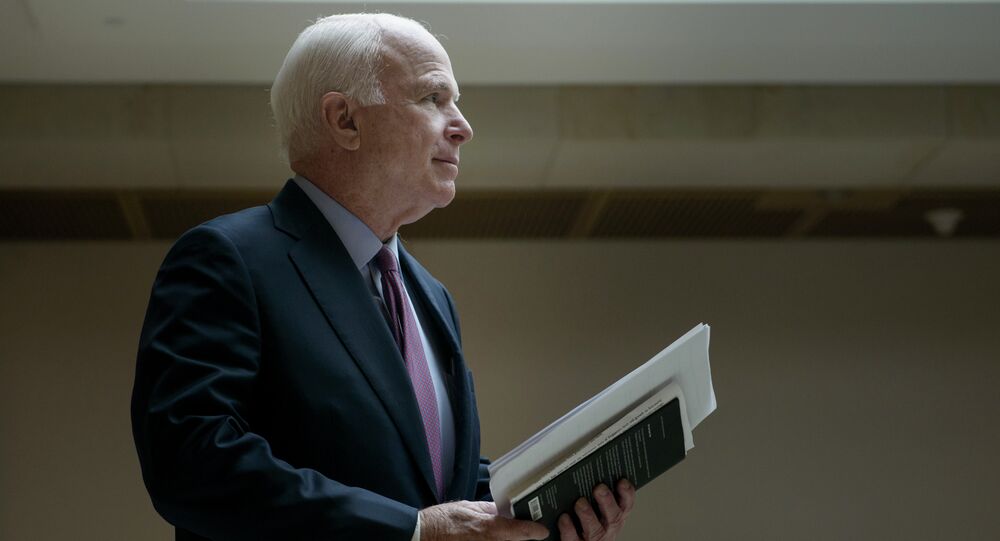 US Senator John McCain said that there is a larger number of Americans that believe that the US ought to have more American troops on the ground to counter ISIL.

On Wednesday, President Obama gave a commencement speech at the US Coast Guard Academy saying that climate change poses an immediate risk to national security alongside terrorism.

"There is no strategy, and anybody who says there is, I'd like to hear what it is… Meanwhile, the president of the United States is saying that the biggest problem we have is climate change," McCain told CBS.

"There is a larger number of Americans that believe that we ought to have more American troops on the ground," McCain said.

Earlier this week, the ancient city of Palmyra in central Syria fell to ISIL militants following nearly two weeks of heavy fighting. The Syrian state television has reported that 400 civilians, mostly women and children, were executed by ISIL fighters in Palmyra.

Earlier in the day, US Defense Secretary Ash Carter criticized neighboring Iraq's security forces for the lack of "will to fight" after IS militants captured the city of Ramadi, the capital of IS-controlled Anbar province, last Sunday.

McCain: US Military Chiefs Should Be Accountable for Cost Overruns