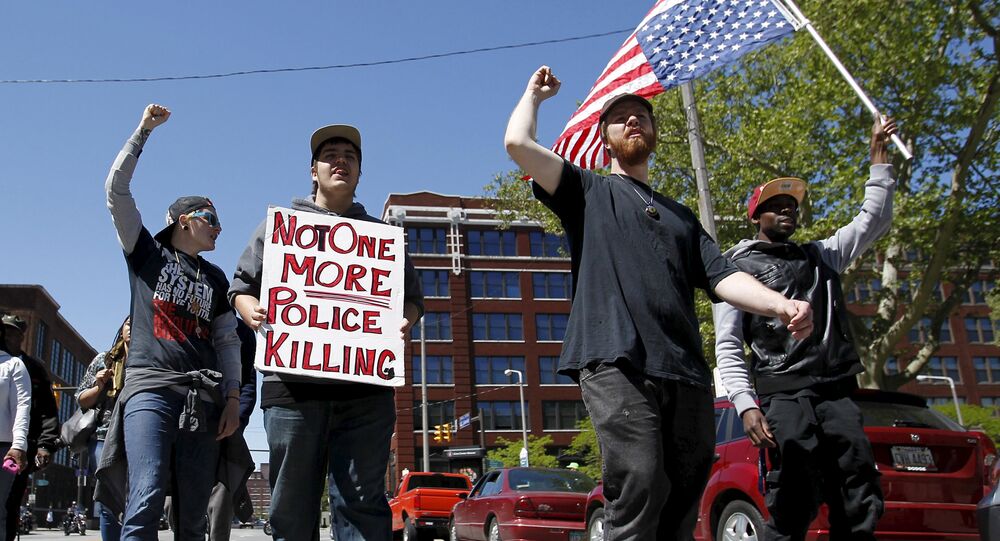 Bystanders sitting at an outdoor café became pepper spray targets as protests turned violent following the acquittal of a Cleveland Police officer, who was charged in the deaths of two unarmed suspects.

One protestor also threw a restaurant sign at a patron and struck him in the head.

© AP Photo / Aaron Josefczyk
Cleveland Cop Not Guilty After Firing 49 Shots at Unarmed Suspects
The Saturday morning verdict was met with mostly peaceful protests before demonstrations turned increasingly aggressive during the night. Since then, at least 71 people have been arrested, according to Cleveland Police Chief Calvin Williams.

During a Sunday press conference, Mayor Frank Jackson thanked protestors who remained peaceful and expressed that the city will continue defending their First Amendment rights, but it will not tolerate those who engage in violence.

Police say that by Saturday night, many protestors remained unruly but did not resort to the kind of actions seen recently following police killings in Baltimore and Ferguson, Missouri.

Brelo, who is at the center of recent violence in Cleveland, faces administrative charges and remains suspended without pay.

Death of Cleveland Woman in Police Custody Ruled a Homicide