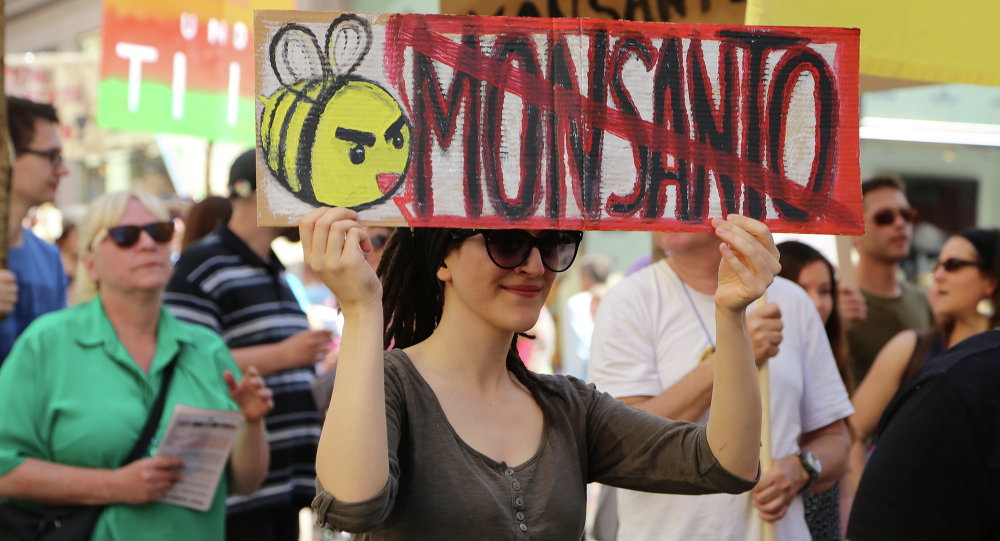 Activists across the United States and Canada joined the third annual global March Against Monsanto campaign.

Some 242 events to protest Monsanto were planned to be held across North America, according to the organizers' event page. May 23 marks the worldwide march coordinated by the MAM group across some 428 cities in 38 countries to raise awareness about the health threats posed by Monsanto's products.

One of the major demands in the nationwide rallies was to require labelling GMO food products by US manufacturers. Monsanto's Roundup Ready weedkiller is widely blamed for a range of health and environmental hazards, including possible links to cancer.

Critics also charge Monsanto creates widespread health risks through its use of GMOs and exerts undue influence on government bodies to suppress evidence of the dangers its products pose.

© AFP 2019 / REMY GABALDA
France Holds Mass Anti-GMO Giant Monsanto Rallies
A Monsanto spokesperson told Sputnik earlier in response to protesters' accusations that people are free to express their opinion, adding that the company is committed to "making a more balanced meal accessible for everyone."

Founded as a food additive company in 1901, Monsanto has grown to employ 22,000 people across 61 countries and is the world's leading producer of genetically engineered seeds and chemical herbicides.