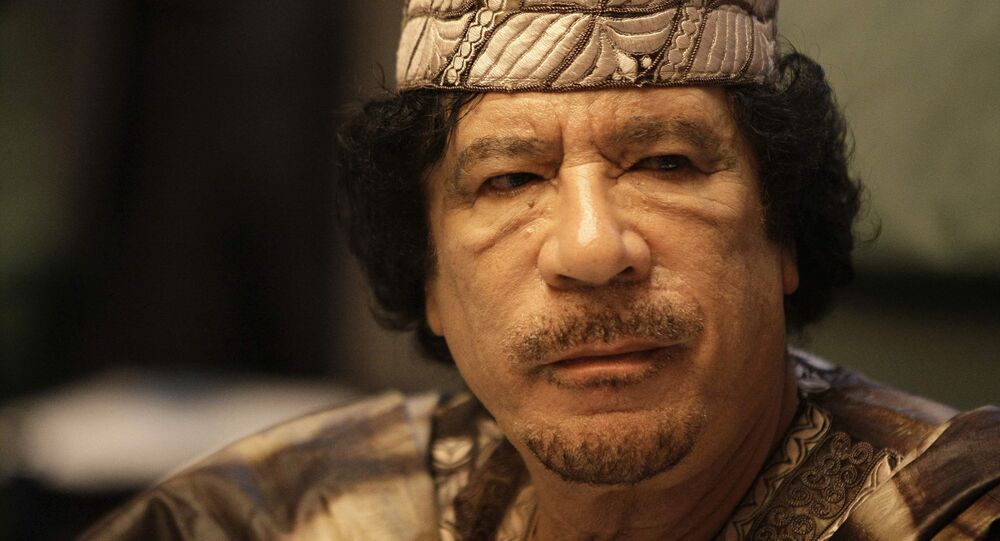 E-mails to and from former Secretary of State Hillary Clinton released by the State Department reveal US officials working overtime to orchestrate the fall of a foreign government.

WASHINGTON (Sputnik) — A cache of 296 e-mails to and from former Secretary of State Hillary Clinton released by the State Department on Friday reveal US officials working overtime to orchestrate the fall of a foreign government.

"An extremely sensitive source added that the rebels are receiving direct assistance and training from a small number of Egyptian Special Forces units, while French and British Special Operations troops are working out of bases in Egypt, along the Libyan border," Blumenthal wrote to Clinton.

© REUTERS / Mike Segar
E-Mail Reveals Clinton Knew US Libya Envoy's Life In Danger 18 Months Before Killing
Blumenthal was never hired by the State Department in any office capacity, but he was one of Clinton's closest and most influential advisers, the published e-mails reveal.

"These troops are overseeing the transfer of weapons and supplies to the rebels," he added.

All the e-mails addressed "Sid"[ney Blumenthal] and "Hillary" [Clinton].

In 2014, US Assistant Secretary of State Victoria Nuland and US Ambassador to Ukraine Geoffrey Pyatt were recorded as discussing Yanukovych’s successor Arseniy Yatsenyuk before Yanukovych was toppled on February 22, 2014 in a violent coup.

The State Department e-mails were part of a cache of 30,000 messages that Clinton received or sent on her personal server, in addition to her official communications within the State Department during her tenure from 2009 to 2013.